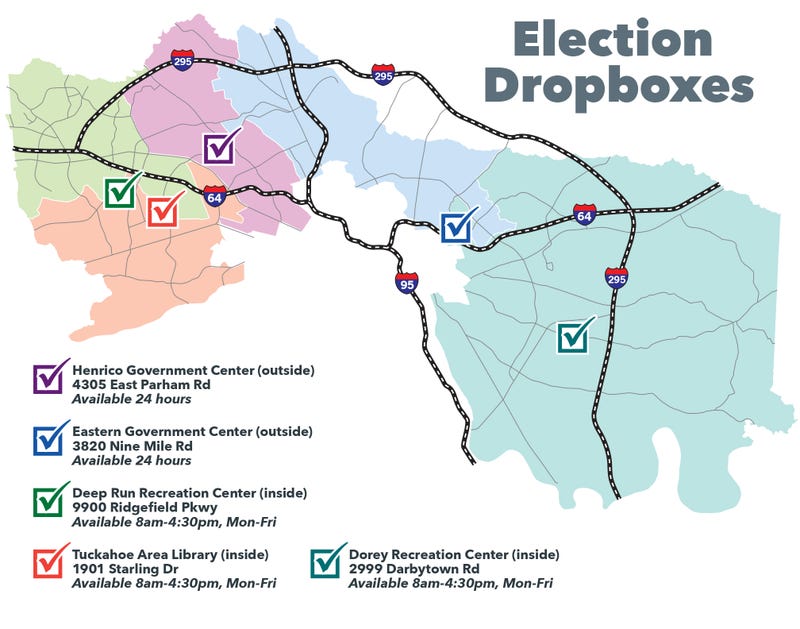 The county has now added dropboxes at the Dorey and Deep Run Recreation Centers, as well as Tuckahoe Library. The three locations are indoors and supervised, and therefore, only available during daytime hours. The Government Centers are available 24/7 and are monitored by cameras.

Absentee and early voting has already begun for the primaries, and the boxes will also be in use in November for the General Assembly elections. Registrar Mark Coakley says they wanted to make it easier to vote by putting a box in each of the Supervisor districts.