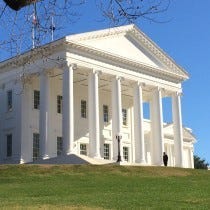 Richmond, Va. (Newsradiowrva.com) - Attorney General Mark Herring (D), in one of his final acts in office, announced he had issued an opinion invalidating 58 previous opinions from previous Attorneys General. The 58 opinions, according to Herring, were from 1904 to 1967, and were racially discriminatory.

Herring says the opinions dealt with everything from interracial marriage to segregation to Jim Crow laws. He says going over all the opinions was a massive undertaking, but he felt it needed to be accomplished during his term.

Officially, Herring was asked by Senator Maime Locke (D-Hampton) and Delegate Lamont Bagby (D-Henrico) for the new opinion. Both are members of the Legislative Black Caucus.