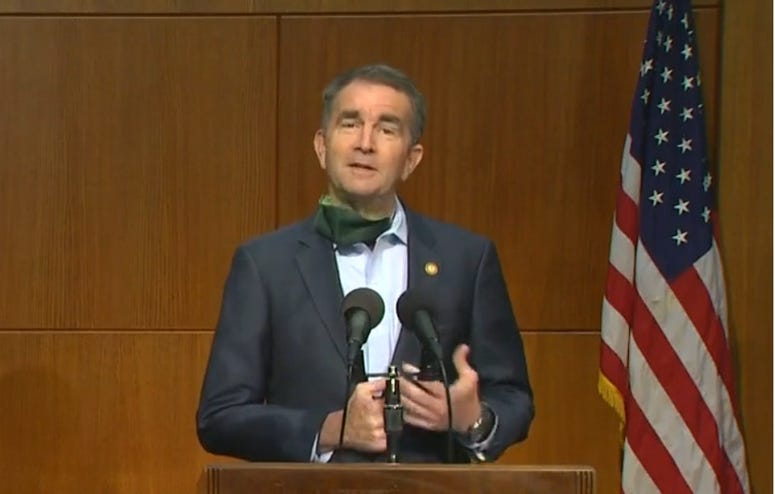 Richmond, Va. (NewsradioWRVA.com) - With just days left in office, Governor Northam gave his final State of the Commonwealth address Wednesday night, saying that he's leaving the Commonwealth better than it was when he came into office. Northam said it's a Commonwealth that is currently enjoying the strongest state budget Virginia has ever seen. More people have jobs, health care access and more access to an affordable education. In addition, Virginia is more welcoming, more open, more fair and more equitable.

Northam also touted the voting integrity that Virginia has and that more people participated in the elections this past year than four years ago because voting is more accessible. Northam adds that the state is telling a fuller story of shared history and protecting the rights of more people. He challenged the General Assembly to keep up the progress that has been made.

In response, Republican Delegate Tara Durant from Stafford County says parents have told them that they are worried about their children's education and that Republicans will bring forward legislation that will make sure standards are higher in the classroom. She also says Republicans are introducing legislation to keep violent killers behind bars and off the streets.

Washington County Republican State Senator Todd Pillion says the results of this past election shows that Virginians want to move in a different direction. He says Governor-elect Glenn Youngkin's Day-One agenda will include a common-sense approach to government and a government that instills confidence which, in turn, will promote competence.