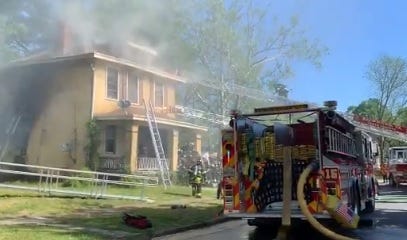 Richmond, Va. (Newsradiowrva.com) - Richmond Firefighters say one man has died following a fire this morning on Delaware Avenue. The man was found on the second floor of a home that caught fire, and eventually went to a second alarm.

The fire department says the man died at a local hospital. While fighting the fire, one firefighter fell partially through the floor and suffered an injury. The injury is non-life-threatening.

The fire took nearly an hour to get under control. It occurred on a day where the State Forestry Department is warning of out-of-control fires because of strong winds and low humidity.