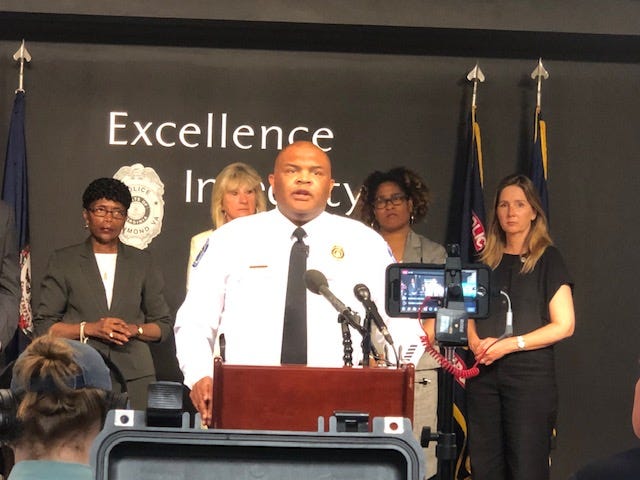 Richmond, Va. (Newsradiowrva.com) - Just hours after Richmond prosecutors told a Circuit Court Judge that they did not have evidence to present that Dogwood Dell was the target of an alleged mass shooting, Richmond Police Chief Gerald Smith told reporters it was the likely target. Smith based that on police work, information on in the case file, and information from the investigation.

The two were arrested in early July, accused of allegedly planning a mass shooting in Richmond. At the time of the arrests, officials maintained the target was Dogwood Dell. The men have not been charged with conspiracy or any shooting related crimes. Police say they were arrested following a tip.

Podcast Episode
It's News To Us
Episode 35: August 2, 2022 (A Resignation, a Search, and a Buyback)
Listen Now
Now Playing
Now Playing