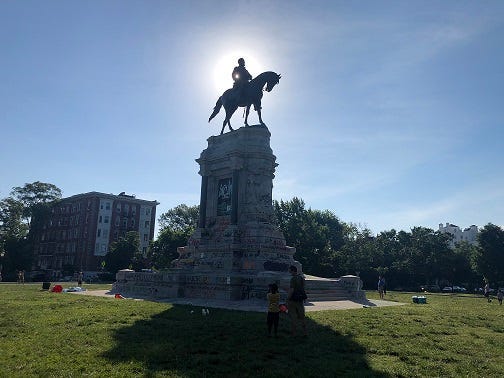 Richmond, Va. (Newsradiowrva.com) - The Virginia Supreme Court heard arguments in two cases Tuesday morning that will determine the fate of the Robert E. Lee Monument on Monument Avenue. The cases took less than an hour to argue. The court did not ask any questions and did not give any indication as to which way they may be leaning.

The arguments boiled down to whether the state is obligated, based on agreements made over 100 years ago when the monument went up, to keep and protect the monument. Supporters of the monument say yes. Opponents say such a theory gives a small group veto power over much of the Commonwealth, and that public policy is allowed to change.

The Commonwealth won at the lower court level. It is unclear when a decision will be made.