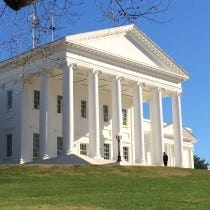 Richmond, Va. (Newsradiowrva.com) - A long-time University of Richmond law professor says the Youngkin Administration re-write of transgender rules for schools is "questionable legally." Carl Tobias says the re-write runs counter to the intent of the law passed by the Democratically-controlled General Assembly in 2020.

Tobias says the Governor and the Executive Branch need to treat the General Assembly as a co-equal branch of Government, especially when it speaks clearly. He believes a legal challenge is probable, although he says that would drag on, and it would be quicker for the Assembly and the Governor to work out a law change. A law change is unlikely because the Assembly is currently split, with Republican control of the House of Delegates, and Democratic control of the State Senate.

Tobias also says the Grimm decision also is controlling in Virginia, on the narrow issue of bathrooms and locker rooms.