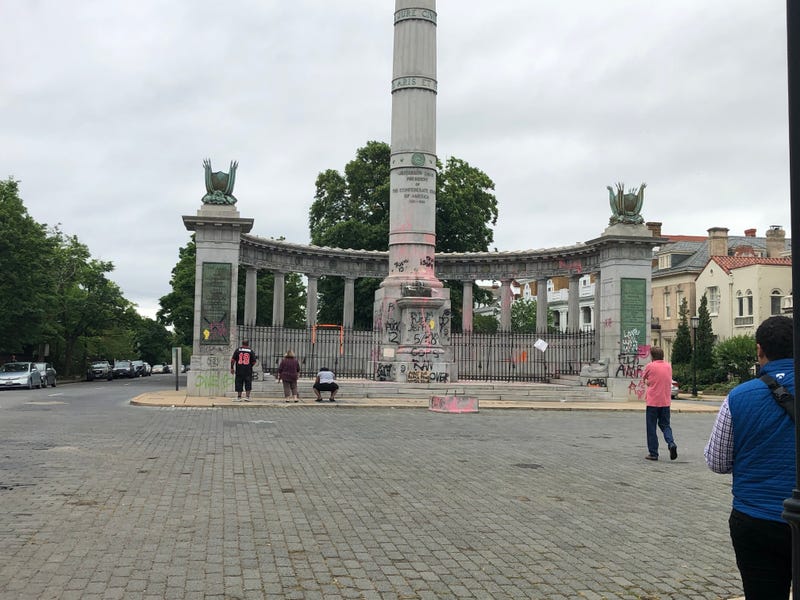 The Jefferson Davis Monument in 2020, the day after the Statue was removed. Photo credit Matt Demlein, WRVA

Richmond, Va. (Newsradiowrva.com) - For the first time it was taken down in the summer of 2020 during protests, the Jefferson Davis Statue is on display. The Valentine Museum is showing the statue on a six-month loan from the Black History Museum and Cultural Center.

The statue remains covered in paint, as it did in its last days in 2020. Valentine Director Bill Martin says they want to drive conversation and discussion about the future of the monument, as well as the future of Monument Avenue. He says displaying it this way will drive the discussion, and he also notes, they have it on loan and don't own the statue.

Edward Valentine sculpted the statue for the monument. It was dragged down during the 2020 social justice protests following the killing of George Floyd.