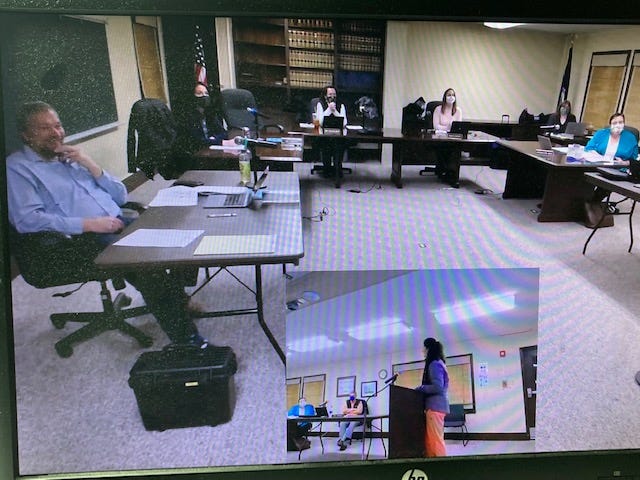 Richmond, Va. (NewsradioWRVA.com) - While doing what a lot of school boards were doing across the state, the Page County School Board in Western Virginia, received a threat during a public comment period before voting on whether to implement Governor Youngkin's executive order giving parents an opt-out on students wearing masks in schools.

A woman approached the podium and said toward the tail end of her three minute allotment time to speak, told the board if they didn't go along with order that she "will bring every single gun loaded and ready" before she was told she was out of time. Later, she told the board "I'll see y'all on Monday". Later, an e-mail was read to the school board from that woman apologizing. A school board member read it and quoted the woman, saying "I, in no way meant or thought, all guns loaded as in actual firearms. But, rather, all resources I could muster to make sure my children get to attend school without masks. I sincerely apologize for my poor choice in words." She said later in the e-mail that she called the Page County Sheriff's Office to explain herself and said she is not a danger or a threat.

Her words during the meeting led to a response by Page County Schools Superintendent Antonia Fox. She said, in part, that violence and threats are never acceptable or appropriate.

The Page County School Board did eventually vote to go along with Governor Youngkin's executive order.