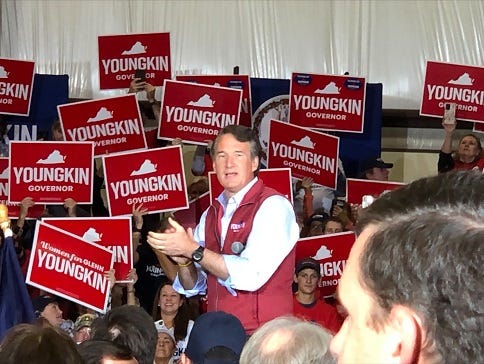 Richmond, Va. (Newsradiowrva.com) - Governor-elect Glenn Youngkin will give his first major speech Saturday, when he is inaugurated as Virginia's 74th Governor. Youngkin offered a general preview of the speech during a sit-down interview with WRVA this week.

Youngkin says the election win gave his team "a license to lead." In general terms, he talked about improving public safety, lowering taxes, and better education. Youngkin also says he has had good discussions with Democratic leaders, and will be a governor "for all Virginians."

Youngkin becomes Governor amid a Covid-19 surge and with a split General Assembly. Youngkin also says he will fight for his Natural Resources choice, former Trump appointee Andrew Wheeler. Wheeler is facing strong opposition from Democrats.