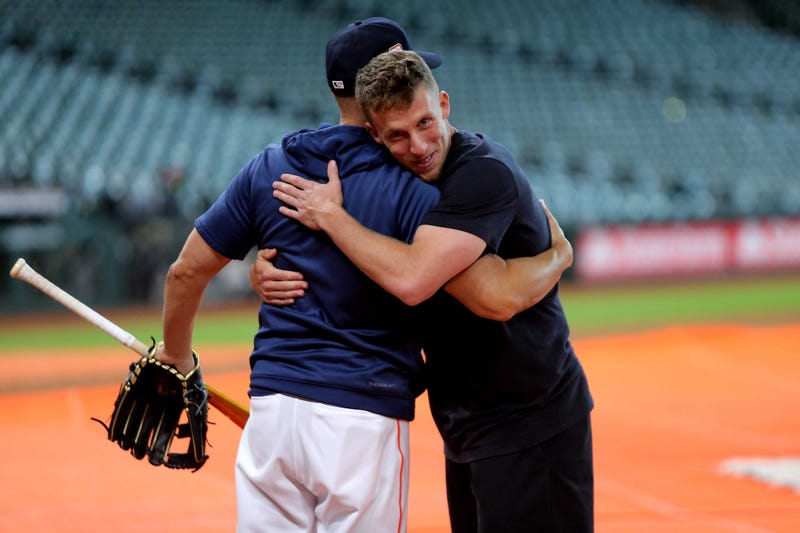 "He misses us, and we miss him," the Astros manager said Monday. "We realize that's part of the game, but I talked to him a couple of times this spring and in the winter."

Straw returned to Minute Maid Park on Monday as member of the Cleveland Guardians. In the 97 games since the trade that netted the Astros Phil Maton, Straw has batted .271 with a .356 on base percentage and 21 stolen bases. The Guardians rewarded him with a five-year, $25 million extension, and Baker says he'll always have a soft spot for him.

"Straw was one of my favorites," Baker said. "I’m glad he got a multi-year contract to take care of his family."

The Astros drafted Straw in the 12th round of the 2015 draft. He made his Major League debut three years later, and became the Astros everyday centerfielder last season, after the departure of George Springer.

"He's willing to learn, and he learned pretty quickly," Baker said. "He's a pretty cool dude. You know how some people are just kind of mellow and cool, but he's also very competitive.

Straw will leadoff for Guardians on Monday, as he has for his 35 previous starts in 2022, and even though he's playing against his team, Baker wants to see his former centerfielder play well over the next three games, with a caveat.

"I'm pulling for him to get some hits. Two outs, nobody on base, and stay on first base."