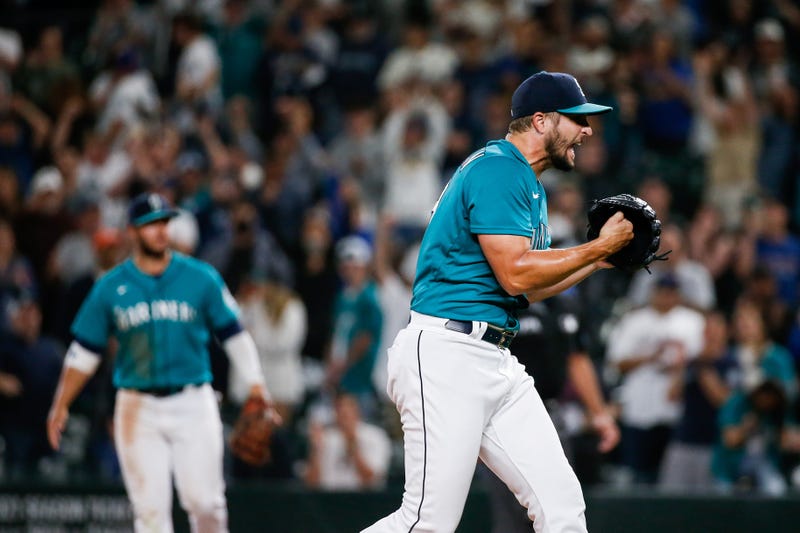 Dusty Baker was at Nordstrom on Tuesday looking for a pair of shoes after watching his bullpen blow a lead against the Seattle Mariners the night before when his phone rang. Astros general manager James Click was on the other end and he was calling to tell his manager that he was shopping of his own, only he was in the market for a relief pitcher.

Hours later a deal was done. Click completed a trade that would bring Kendall Graveman to his team, a night after he tossed a scoreless against it, along with Rafael Montero, in exchange for Abraham Toro and Joe Smith.

"It gives us a lot of interchangeable parts," Baker said of the trade. "It gives us a couple guys that have both closed and pitched in high leverage situations at the end of the game, and it gives us some more quality fire power and gas in the bullpen to go along with what we have now, we're happy about it."

Graveman is the key to the deal. The 30-year old has allowed just three earned runs in 33 innings with a strikeout-to-walk ratio of 4.25-1. A starter for most of his career, he saved 10 games for the Mariners, and has seen his fastball velocity jump from 94.8 MPH to 96.6 MPH.

Graveman's scoreless outing against the Astros on Monday was his third in three attempts against his new team in 2021. He allowed just two Astros to reach base over three innings to go with four strikeouts.

"We've obviously seen him up close and personal," Click said. "He's a guy that that I know our hitters in our clubhouse have been very impressed with and being able to have him on our side is something that I think we're all looking forward to."

Baker said Ryan Pressly will continue to be the Astros closer, but Graveman could close games, especially on nights when Pressly is unavailable, which was the case on Monday.

Click called Monday's loss to the Mariners "frustrating" and "difficult to watch" but that it did not impact the timeline of the deal getting done, and with less than 72 hours left before Friday's trade deadline he says Tuesday's trade may not be his last.