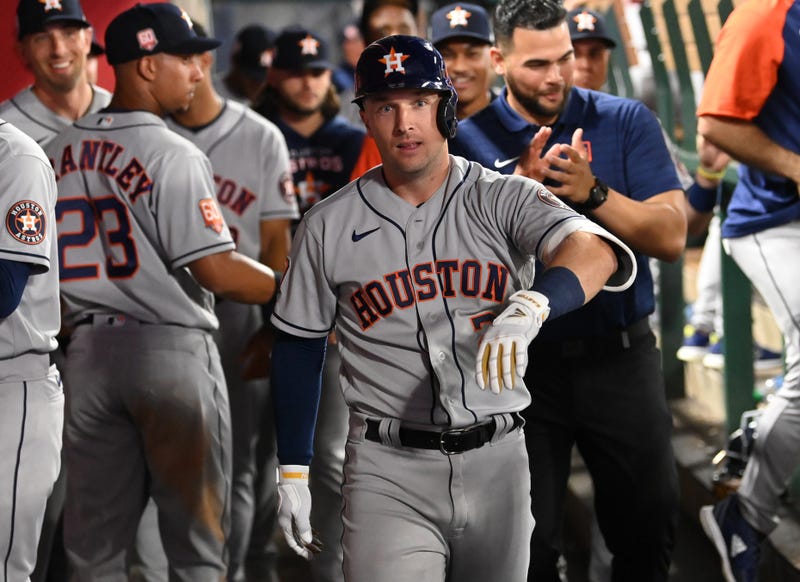 HOUSTON (SportsRadio 610)- Three hours before the first pitch of Thursday's game there was a loud cheer and celebration from inside the Astros clubhouse after Alex Bregman's horse, Cadillac Candy, won the first race on Thursday at Churchill Downs in Louisville, Kentucky.

Taking off as the favorite in a five furlong sprint, the two year old horse broke his maiden in a photo finish in the first post at the famed track.

"It was awesome," a hoarse Bregman said. "My whole family is fired up going back way back to when my grandfather used to take me to the races. It's just exciting."

Bregman grew up going to races with his grandfather in Albuquerque. He and his family currently own eight horses and Thursday was his team's first win. Cadillac Candy finished second in a 5.5 furlong race on April 28.

Cadillac Candy came from behind to beat Seismic Spirit in a race that lasted 57.9 seconds. A $2.00 bet on Bregman's horse paid out $4.20, and the win opens up more opportunities for the the horse.

"It was a big step in the right direction, so hopefully now we can move him forward a little bit in some higher competition, and who knows, maybe he'll be racing in some big time races at the end of the year."