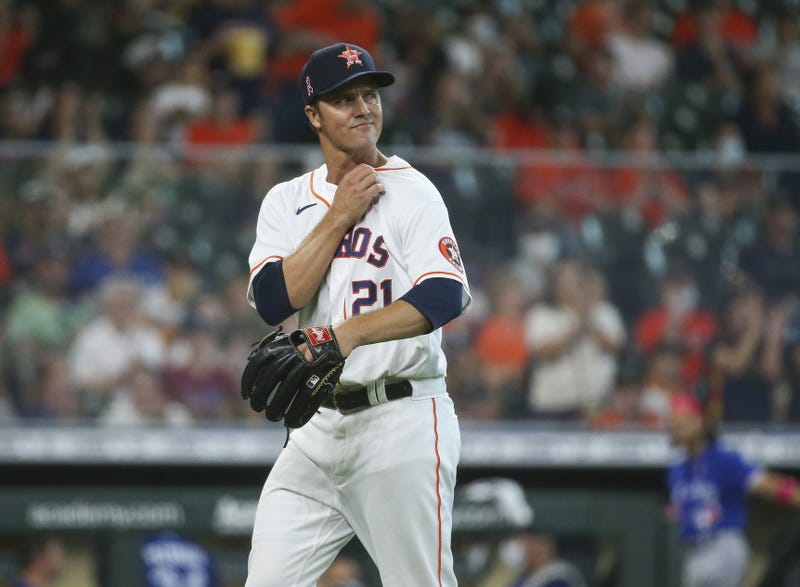 One would assume Zack Greinke cruised through the first four innings of his start on Sunday against the Toronto Blue Jays before hitting a speed bump in the fifth that knocked him off course. That wasn’t the case.

“I was never cruising,” Greinke said. “They were getting guys on base all the time, wasn’t making my pitches good and just continued in the fifth inning.”

Greinke worked around a second inning double, a pair of two-out singles in the third, and another base hit in the fourth. He didn't give up a run, but his luck ran out in the fifth when he allowed hits to all five Blue Jays he faced, which turned into four runs.

“Just couldn't do couldn't throw pitches where I wanted to when I needed to.

It marked the fourth straight start Greinke could only manage to record 12 outs and he says there is a common theme in all of them.

The 37-year old has had his moments this season, highlighted by eight innings of shutout ball in Seattle on April 17, but he carries a 4.23 ERA through eight starts, which is league average. Greinke isn’t wrong when he can’t throw the ball where he wants, and that issue is reflected in what may be his biggest problem: the first pitch of an at bat. He’s not throwing enough strikes in 0-0 counts, and the strikes he is throwing aren't quality strikes.

Against the Blue Jays, Greinke was 9-for-21 on first pitch strikes and four of the nine strikes were put in play, with two finding holes in the Astros defense, so he was behind 1-0 on 12-of-17 hitters. Greinke was 13-for-18 with zero hits allowed five days before against the Yankees, but in a second outing against the Mariners on April 28 he found the strike zone on the first pitch to just 7-of-18 hitters and allowed one hit without recording an out, so over the last three starts, Greinke is throwing first pitch strikes to 51% of hitters with four hits allowed and three outs recorded.

Greinke’s first pitch strike percentage is 61.8 percent this season, which is right where it was last season, but the effectiveness of those strikes is way down. 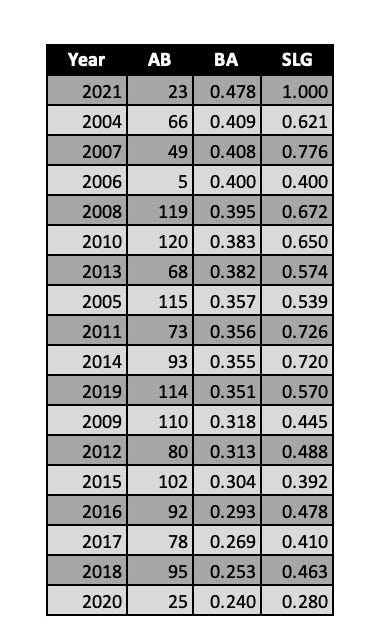 His five most successful first pitch seasons have come after his 30th birthday, which is key for a guy whose velocity tops out in the high 80s. He has to be in the zone early in at bats because opponents tee off when he's behind in the count. Opposing batters are slugging .520 when they are ahead in the count against Greinke this season, and just .327 when they are behind.