This time of the year, so many stories revolve around why teams ultimately decide not to pull the trigger on a major trade, instead settling for a more realistic one.

For a minute, let's put that aside and think about what deals make sense, especially from the perspective of the contending team looking to add an established star.

We aren't necessarily predicting that any of these deals will actually come to fruition, but here are five blockbuster trades that should happen before the Aug. 2 trade deadline: 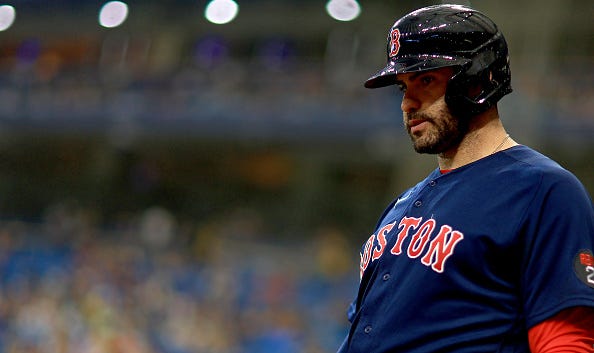 Yes, the Mets have already acquired left-handed slugger Daniel Vogelbach. No, that shouldn't stop a World Series contender that could stand to add some more thump from acquiring Martinez if the Red Sox are indeed willing to move him as ESPN's Buster Olney said. Martinez could DH against left-handed pitching, and potentially get some at-bats in left field if Buck Showalter wanted to DH Vogelbach against a right-handed pitcher. Martinez won a World Series with the Red Sox in the first year of his five-year/$110 million deal, and joining the Mets would give him a chance to win another before becoming a free agent. 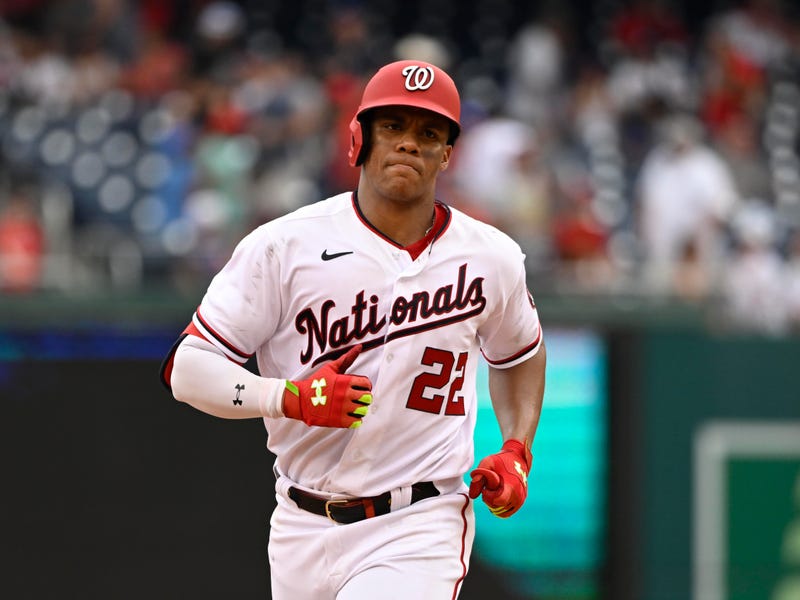 Could Juan Soto be traded to the San Diego Padres? Photo credit (James A. Pittman/USA Today)

It feels fairly unlikely that the Padres will be able to close a gap of more than 10 games in the National League West, but if they were to acquire Juan Soto and get Fernando Tatis Jr. back from a left wrist injury, the Los Angeles Dodgers would have to at least peak over their shoulder. For a chance to have Soto, Tatis and Manny Machado together for two pennant races -- Machado can opt out of his deal after 2023 -- there's almost no one A.J. Preller and the Padres shouldn't be willing to part with. Catcher Luis Campusano and outfielders Robert Hassell III and James Wood are the top three prospects in the Padres' farm system, while shortstop C.J. Abrams and lefty MacKenzie Gore are among the young pieces at the major league level that could interest Mike Rizzo and the Nationals. 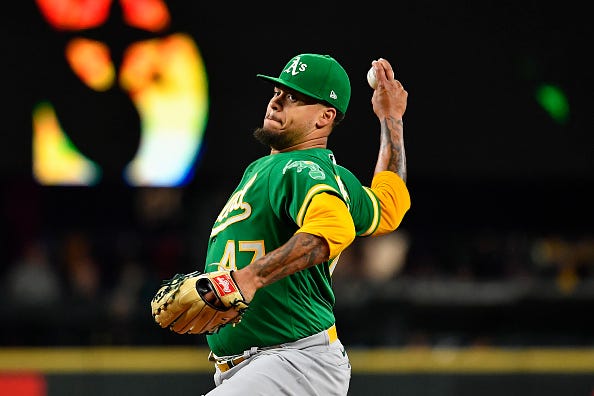 Paul Goldschmidt and Nolan Arenado are both performing as well as they ever have in 2022. Franchise icons Albert Pujols and Yadier Molina plan to retire after this season. The Cardinals have a lineup built to compete for a championship right now. Unfortunately for them, it's unclear if Jack Flaherty (shoulder) will pitch again this season. They need to add multiple starting pitchers to pair with Adam Wainwright and Miles Mikolas, preferably at least one that can pitch near the top of the rotation. Montas fits that bill, and can't become a free agent until after the 2023 season. As many have pointed out, the Cardinals probably aren't the most likely landing spot for either Luis Castillo or Tyler Mahle, who currently play for the division-rival Cincinnati Reds. That only increases how good of a fit Montas would be for St. Louis, who have one of the elite farm systems in baseball. 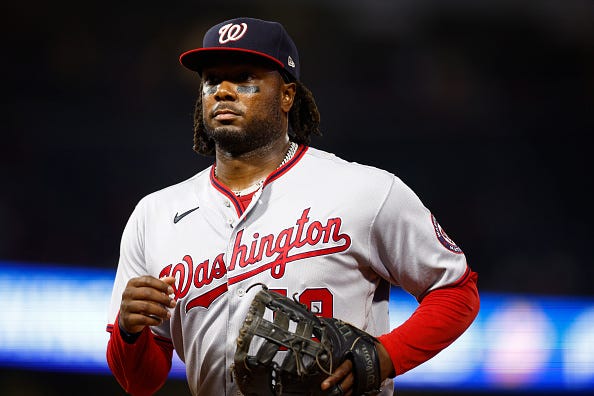 Josh Bell to the Houston Astros

A year after winning the American League batting title, 38-year-old Yuli Gurriel is hitting just .234 with a .671 OPS. For a team with World Series aspirations, Bell would represent a rather massive upgrade at first base over what the Astros have gotten this season. He could also see some occasional time in the outfield. The Astros don't have a great system, but Bell is a rental, so the Nationals can only expect so much in return for the 29-year-old. 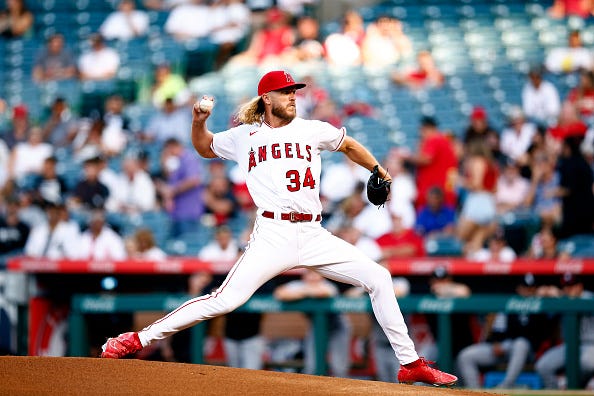 Noah Syndergaard to the Philadelphia Phillies

The narrative of Syndergaard reuniting with Zack Wheeler in the NL East would be a good one, but as noted on Phillies Nation earlier this week, he actually would be a good fit from a baseball sense. Starting pitching appears to be the No. 1 priority for Dave Dombrowski and company, and while they would probably prefer someone who is controllable, Syndergaard likely won't cost a ton given that he can become a free agent after the season. If Syndergaard were to catch fire, the Phillies would have a pretty potent rotation in a short series with him, Wheeler and Aaron Nola. 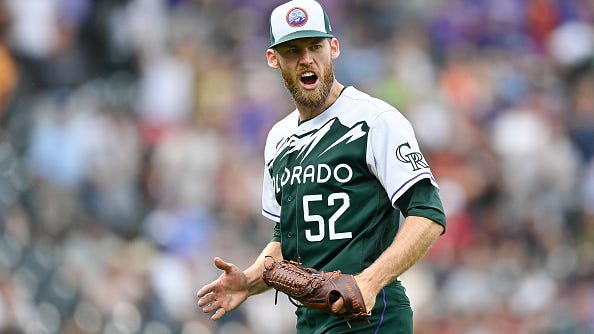