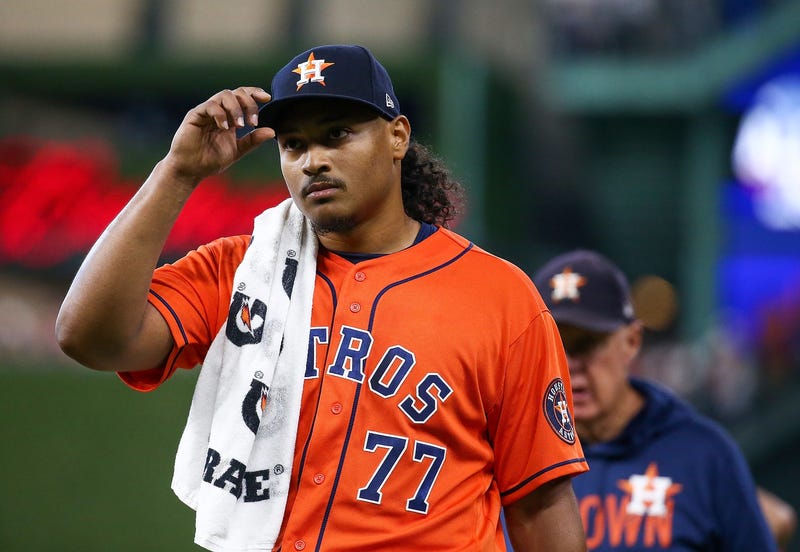 HOUSTON (SportsRadio 610)- A win away from their third American League pennant in the last five years, the Astros will hand the ball to Luis Garcia in game six of the American League Championship Series, manager Dusty Baker announced Thursday.

Garcia last pitched on Saturday, starting the Astros 9-5 loss in game two against the Red Sox. He allowed a first inning grand slam to J.D. Martinez and a knee strain forced him to leave the game in the second inning. Garcia threw a bullpen the next day and insisted his knee was ok.

"All I can do is go on his word, go on the trainer's word, and go on (Astros pitching coach Brent Strom)'s word," Bake said. "They said that he doesn't feel anything. I try to tell our guys to come clean with me, 100 percent. Most athletes are going to say 'I'm doing good' even when they're not, but you can usually see a wince after a pitch."

After compiling a 3.30 ERA in a career-high 155.1 regular season inning, Garcia has allowed 10 runs over 3.2 postseason innings.

Baker said Jake Odorizzi, who pitched four innings after Garcia left Saturday's game, would be available out of the bullpen on Friday.

Nathan Eovaldi will start for the Red Sox.