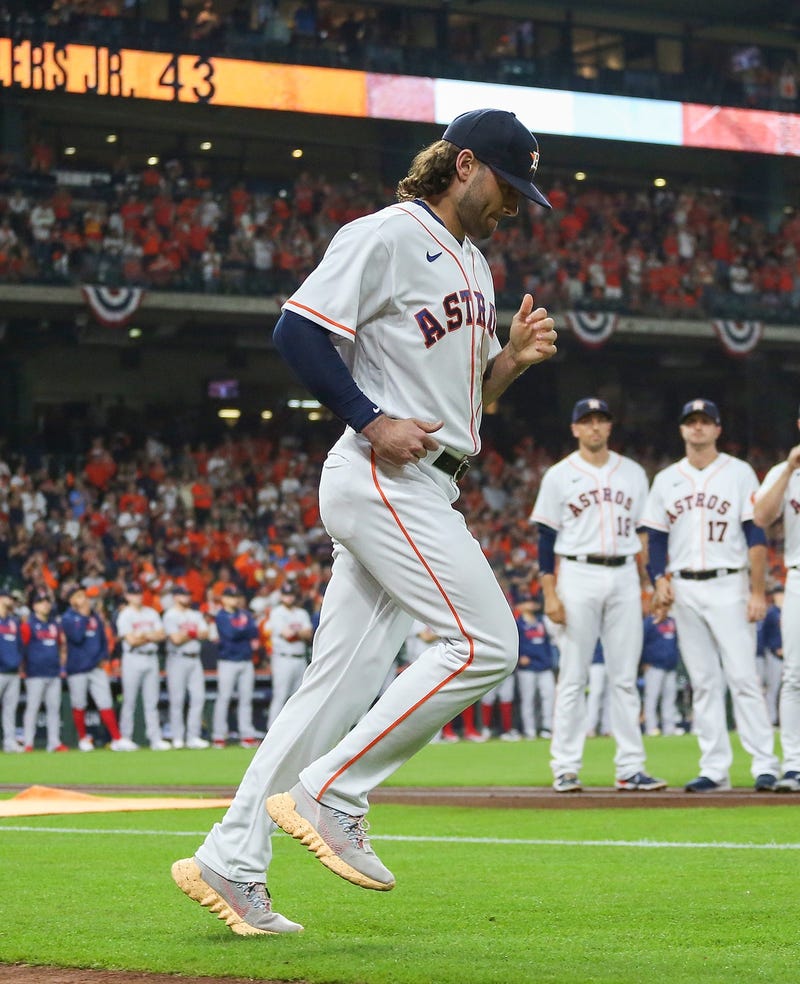 HOUSTON (SportsRadio 610)- Alex Bregman described Lance McCullers Jr as “heartbroken” after he was left off the Astros ALCS roster.

“I think Alex sums it up pretty good,” McCullers told reporters on Saturday.

A forearm injury McCullers forced to leave his start on Tuesday in Chicago after four innings. The injury occurred on a first pitch slider to Gavin Sheets in that frame.

“I had a curveball gripped, and we ended up going with a slider,” McCullers explained. “I was moving it in my glove as I was in the wind-up versus having it preset before I went, and so I just kind of got around the ball a little too much, and then threw the slider, and felt my forearm kind of, I don't know how to explain it, kind of go a little bit.”

An MRI revealed a flexor pronator muscle strain, but showed no structural damage, so now the healing process starts.

“We're fighting against time a little bit. I've got to be able to throw before I just pitch in a game,” McCullers said. “Today is a better day than yesterday was, and so hopefully those days keep adding up, and we can see where I'm at.”

McCullers availability for the World Series is unclear if the Astros advance past the Red Sox. Game one is scheduled for October 26, so time is not on the Astros side, but for now McCullers wants to help any way he can.

“I want to be out there. I feel like in a way I've kind of let the guys down. I know I can't do anything about it, but it feels that way to me.”