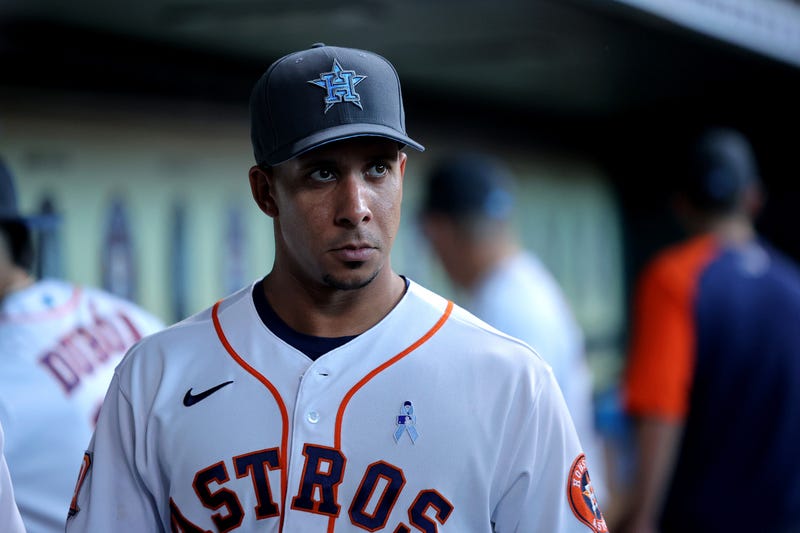 HOUSTON (SportsRadio 610)- Michael Brantley rejoined his Astros teammates in the dugout for their 10-2 win over the Diamondbacks on Tuesday and he says he'd like to return to the team after his contract expires this winter.

"From day one when I walked in this door I was welcomed with open arms," Brantley said Wednesday. "Very appreciative of everything that this organization and my teammates have given me and my family, and it means a lot to me."

Brantley will miss the remainder of the season after undergoing an arthroscopic labral repair on his right shoulder in August. He injured the shoulder he had surgically repaired while a member of the Cleveland Indians on June 26 and hoped to return this season, but he suffered a setback in July.

"I did everything in my power," Brantley said. "All the guys in this locker room know exactly what I went through, and I appreciate their support, but at the same time I just couldn't get to where I needed to be to play at this level.

"This is one of the hardest games in the world to play, and if you're not 100 percent and you can't do exactly what you need to do out there, you're really going to hurt your your team."

The five-time All-Star, who celebrated his 35th birthday in May said he should be able to take part in baseball activities by the start of spring training, but acknowledged he has a long rehab ahead.

"I've been through this before," he said. "I gotta put in the time and effort to get my shoulder back right. As of right now I'm doing great."