Simmons turned heads earlier this month when he said "f--- Jalen Green" while discussing his vote for the NBA's All-Rookie team. 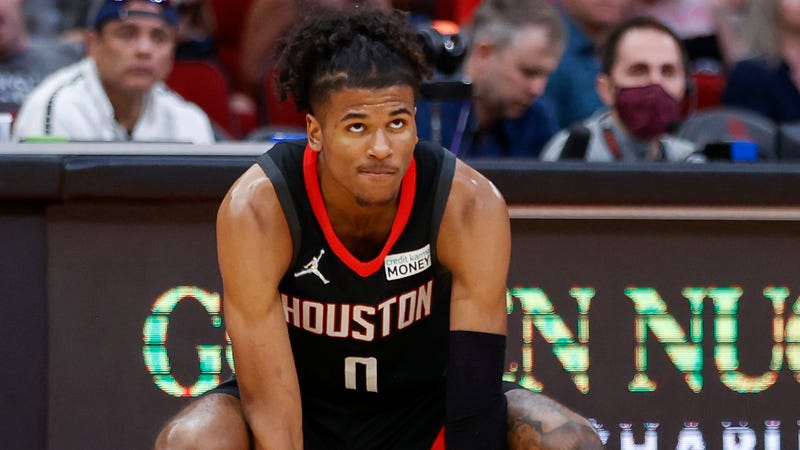 The hostile phrasing didn't sit well with many. Simmons responded by suggesting his comments were light-hearted in nature and had been taken out of context.

The issue seemed to blow over, but on Tuesday night, Draymond Green addressed the episode in the context of how league awards help to determine players' salaries, an issue he has spoken out about previously.

Per the Houston Chronicle:

On his Instagram story late Tuesday night, Draymond Green posted a video about Simmons’ comments from @RocketsNationCP. Green wrote, “How is it that this guy has a voice in deciding if Jalen Green will qualify for a super max deal? He clearly says F him, which sounds very personal (by the way). But he has a say in what someone earns? What work has he done in his life that qualifies him to have a say in an NBA players salary?”

Dray a real one pic.twitter.com/UJjyiHgoHP

Green has been consistent on awards voting. Just last week, he ripped voters when teammate Jordan Poole didn't finish in the top three for Most Improved Player.

“He’s out there mimicking Steph, he’s doing an incredible job doing it, 12 months ago the kid was almost out of the NBA and he’s not the Most Improved Player? You’re out of your mind. You are out of your mind that he’s not the most Improved Player – which he isn’t by these terrible standards that we have to live by. … Y’all wonder why I say basketball heads don’t know basketball, you clearly don’t know basketball.”

Simmons, a former TV writer and prominent blogger, has long been known to push the boundaries with his commentary. The "Sports Guy," as he once branded himself, is no stranger to missteps, perhaps most famously when he apologized for "misreading the moment" after his tone-deaf commentary on the George Floyd protests in 2020.

But his nasty tone with respect to Jalen Green seemed to be especially off the mark.

With so much riding on awards voting, it's fair to wonder about the biases of ostensibly objective beat reporters, let alone a podcaster and analyst who has long trafficked in provocative commentary.