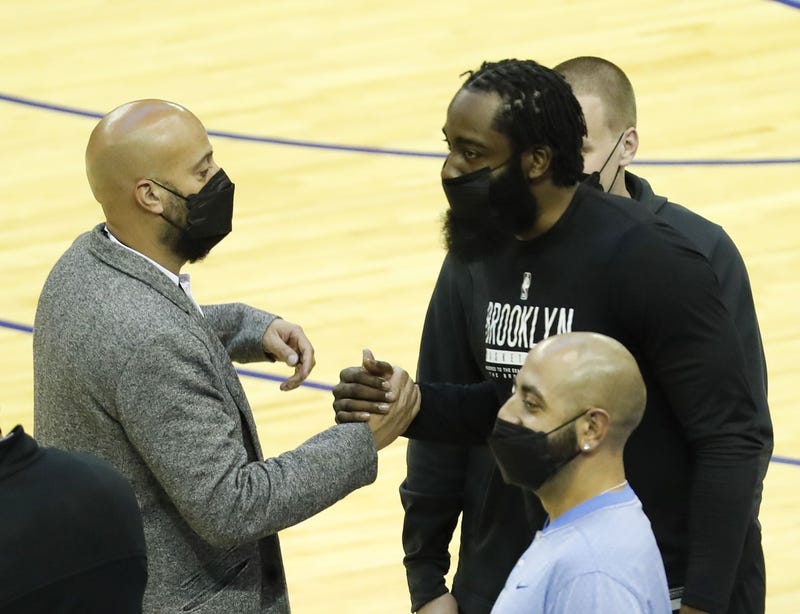 Six months have passed since the Rockets cut the cord on the James Harden era. On the morning of January 14 the team announced it had sent Harden to the Brooklyn Nets in return for a massive haul that due to a couple of secondary trades has changed since the move was made. Six months later, here’s what the Rockets took back in return for their best player of the century, and more importantly, what they didn’t get.

A myriad of draft picks

The Rockets started to restock their draft coffers in the months prior to moving Harden after taking back multiple first round picks in the Robert Covington trade and another in the Russell Westbrook for John Wall swap, but the Harden deal gives them a surplus. They now own Brooklyn’s first round picks in 2022, 2024, and 2026 as well as the Milwaukee Bucks first rounder in 2023. The Rockets also have the right to swap picks with the Nets in 2023, 2025, and 2027. The also wound up with a pick swap from the Miami Heat which can be used with Brooklyn’s pick, so for example, if next season’s standings mirror this season’s the Rockets would move up to 18 from 27.

It didn’t seem like much at the time, but the Rockets had coveted the skilled big man for a long time, and now they have him and can keep him around. Going from a team that had just been in the Finals to the team with the NBA’s worst record, Olynyk could’ve been a turd and just run out the clock on his season and hit free agency. He didn’t do that and showed himself to be a tremendously valuable player who was an even better teammate. Don’t be surprised if the Rockets bring him back this summer.

Four draft picks, four pick swaps and a player, that’s what the Rockets have to show for James Harden, but what may be more important is what they didn’t get.

The Rockets essentially had two offers for Harden. Door number one was weighted heavily towards draft capital, while door number two was centered around Simmons. On the surface, the soon-to-be 25-year old is exactly what the Rockets wanted. A young all star, who you can build around, but Simmons is a complicated fit. As gifted as he is, Simmons can’t shoot, and while he can do other things on the offensive end of the floor, it’s hard to imagine building an elite offense around someone with such a distinct flaw in their game. Rafael Stone was ripped nationally for passing on Simmons, but after watching how he cratered in the playoffs it’s hard to think the Rockets general manager has any remorse, especially when you consider Simmons is owed $140 million over the next four seasons.

The 23-year old center was part of the package the Rockets got back from Brooklyn, but he was immediately flipped to Cleveland for an unprotected first round pick that will come from Milwaukee in 2023. Allen averaged 13 points and 10 rebounds per game with the Cavs, so you can argue the Rockets sold low on him, but they weren’t going to give him the 30 minutes Cleveland could offer each night because of Christian Wood’s presence, so you can understand why the Rockets jumped on the unprotected first round pick when they did. They of course could’ve held on to Allen, but he’s now a restricted free agent, and he’s not the type of center who fits how Stephen Silas wants to play, and at the time it wasn’t clear if Wood could effectively share the floor with another big.

Like Allen, the Rockets acquired LeVert from the Nets and then flipped him before he ever suited up for them, sending him to the Indiana Pacers for Victor Oladipo, who was later traded to Miami. There was certainly a case for holding on to LeVert. He’s a big guard who can score in bunches, but he’s a below average shooter who has had trouble staying on the floor, and the Rockets weren’t interested in the $36 million price tag over the next two years, and they felt that Oladipo, a 28-year old All Star, was someone they could possibly build around or bring in more in a trade at the deadline.

As of now, the only future money the Rockets are on the hook for as a result of the Harden trade is Avery Bradley’s $6 million for next season, and that’s a team option (Bradley was part of the return from the Heat for Oladipo). Sure, the Rockets may very well wind up paying Olynyk, but that will be a short term that won’t hurt them moving forward. They aren’t locked into a big number for 3-4 years down the road, and they aren’t forced into making a tough decision on a restricted free agent.

When the Rockets started the process of trading James Harden the goal was to come out of it with a foundational piece and draft picks. Rafael Stone went 1-for-2, and while he failed to secure the team’s next Harden, Stone took back a decent return that could look monstrous if a couple of things break right.

The Rockets did not get fair market value in return for James Harden, no one would argue that they did, that was always going to be an impossible mark to hit, but after landing the second pick of the 2021 in June’s lottery the Rockets have the chance to draft their next Harden and use what they received in this trade to build out the rest of their roster.