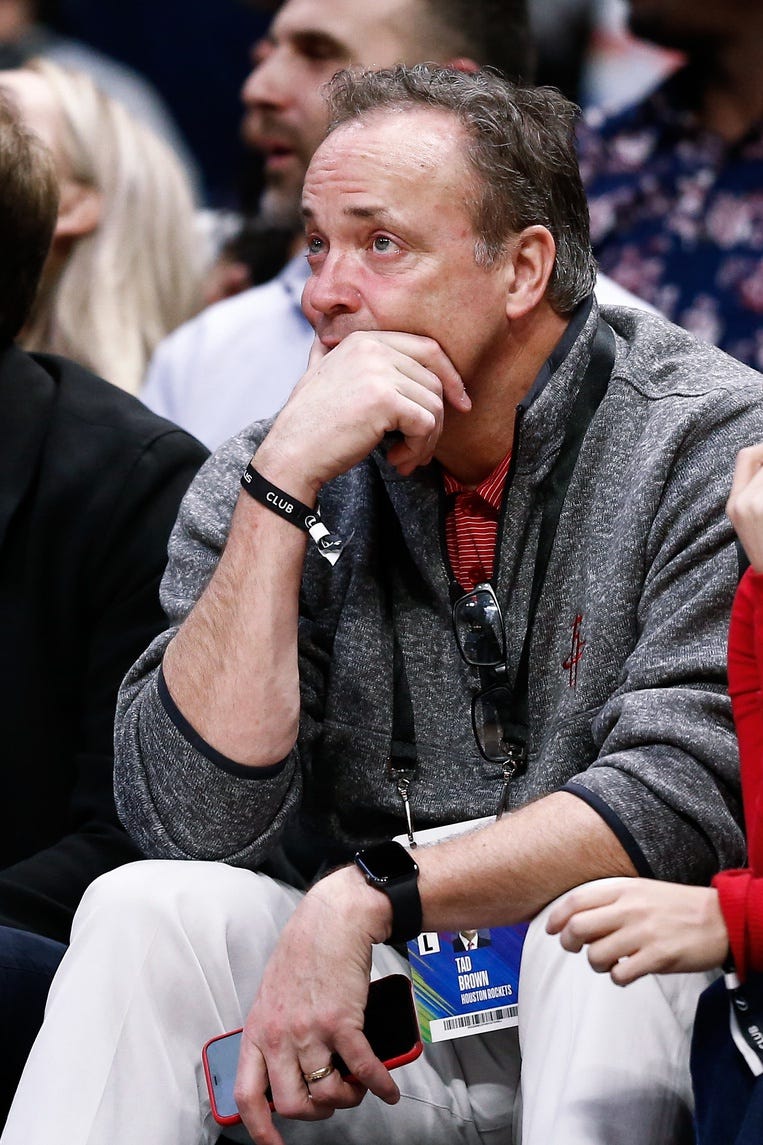 Brown, who had been with the Rockets since 2002 and spent the last 15 years as the team's CEO, announced he'd be stepping down from his position at the end of the 2020-21 season in April. He represented the Rockets on the NBA's Board of Governors. Both the 76ers and Devils are owned by Harris Blitzer Sports and Entertainment.

The deal, first reported by ESPN, reunites Brown and former Rockets general manager Daryl Morey. The two men worked together for 14 seasons in Houston before Morey stepped down in October, a month before taking over the Sixers basketball operations department.

Rockets owner Tilman Fertitta announced on May 19 that Gretchen Sheirr had been promoted to replace Brown after serving as Rockets Chief Operating Officer.