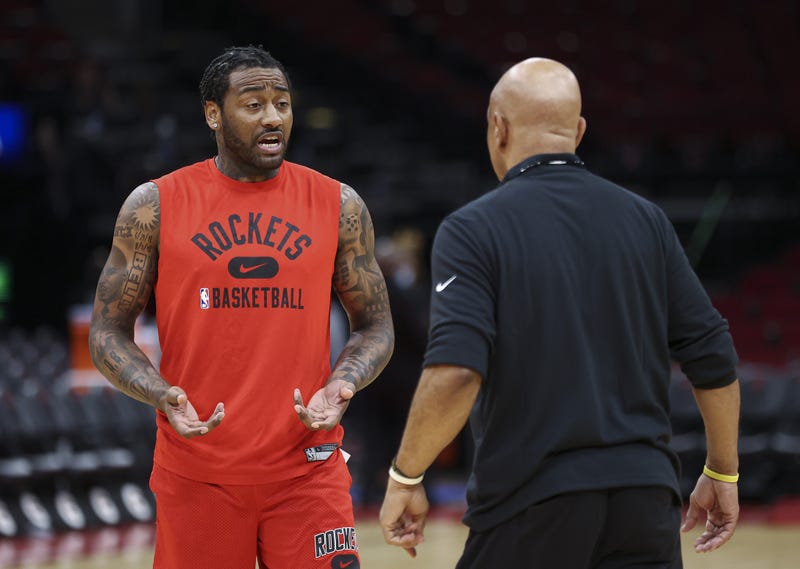 HOUSTON (SportsRadio 610)- John Wall's arrangement with the Rockets where he shows up to games and practices but does not play may be coming to an end after a meeting with Rockets general manager Rafael Stone on Friday.

"Rafael and Johns spoke and as far as I know John is wanting to come back," Rockets head coach Stephen Silas said before Saturday's game against the Charlotte Hornets. "There is going to be discussions around that and we’ll see."

With the Rockets in a full rebuild, Wall and the team agreed he would not play in games, instead serving in a mentorship role at practices and during games as the team searches for a trade partner, but with Wall's market cold due to the $44 million he's owed this season and his $47 million price tag for next season he's been wasting away on the Rockets bench next to athletic trainer Jason Biles. Silas said it's obvious Wall wants to play.

Silas said discussions between the Rockets and Wall will continue, and while Wall has been present at Rockets practices, he hasn't participated in any scrimmages or 5-on-5 drills, so he's unsure how long of a ramp up he would need to get game ready.