Ahead of their week 12 matchup with the Miami Dolphins, the Texans seemed to spend as much time Wednesday morning preparing different ways to dodge questions by the media as they did for the Dolphins.

After Lovie Smith was asked the same questions five different ways, he stayed the course and neglected to officially name the starting quarterback for Sunday.

“I do not announce who is starting through the week. We have a starting lineup, the last one that we have,” Smith said. “When it changes, we’ll let you know. But during the week, of course we’re not going to announce anything like that. I think that would give the opponent an advantage. Our starting lineup, as far as you are concerned, and I would have said the same thing three weeks ago, it’s the same one until told otherwise.”

Offensive coordinator Pep Hamilton, who Lovie Smith said would still be calling the plays going forward, had to pause and take an extra few seconds to collect himself before taking the podium.

“No,” Hamilton said, when asked if he had made any changes at quarterback.

When pressed further and asked what he meant by ‘no’, Hamilton said, “As in, ‘no, we haven’t made any changes’.”

So, while the Texans devoted so much time and energy into dodging questions regarding second-year quarterback Davis Mills future, NFL Network's Mike Garafolo reported the news on Twitter moments after Hamilton left the podium.

It’ll be Kyle Allen for the #Texans at QB Sunday, sources say. Lovie Smith declined to make a starter in his press conference today.

SportsRadio 610 senior Texans columnist John McClain had said as much about half an hour earlier.

Earlier Wednesday morning, Texans general manager Nick Caserio was asked about a quarterback change during an interview on SportsRadio 610’s Payne and Pendergast. He sidestepped the questions to discuss process and day-to-day efforts.

Why the dog and pony show for a team that is a league worst 1-8-1, currently occupies the number one overall draft pick in 2023 and is effectively exactly where they want to be?

They’re protecting their players. Albeit for a day or two, it is an effort regardless of how silly it looks to you and me, to shield them from having to answer some difficult questions by the media.

They’re not worried about a competitive advantage.

If they were, they would’ve handled it differently.

I would contend that Lovie doubling- and tripling-down on Pep calling the plays is a bigger competitive advantage to the Dolphins than naming the starting quarterback.

Just admit it. What’s the big deal? Mills wasn’t a first-round pick. Team success was not hinging on his performance alone. He was given a snowball's chance in hell and failed.

Guys get benched. It happens.

It’s probably happened to the majority of players in that locker room at some point in their life.

The Texans have treated Mills with kid gloves from day one. They doubled down on Wednesday and that should tell you all you need to know about the fragility they feel they need to handle Mills with. 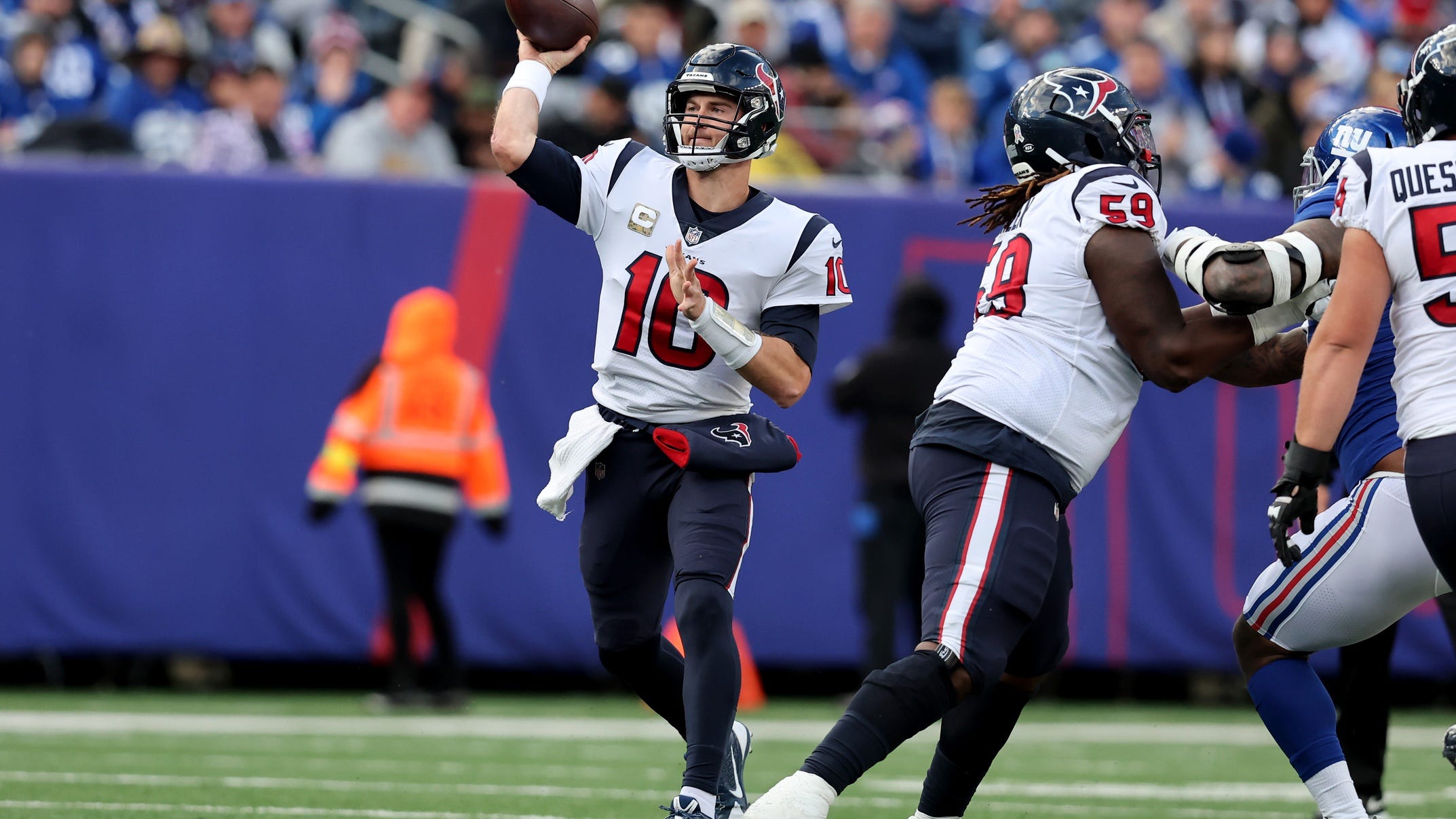 Bijani: What to make of Lovie Smith’s assurances on Texans QB Davis Mills

Head coach Lovie Smith told reporters this past Monday morning, generally, regarding any changes that take place, the players are told first, prior to the media.

Smith went on to say that he consults with a number of different people when and if any type of personnel changes are going to be made.

“Nick (Caserio) handles an awful lot for our group, but we as coaches kind of take care of those things,” Smith said. “If there’s a change going on, player-wise, our process is we’re going to talk to the position coach and we’ll talk to the coordinator. Normally, the three of us will.”

As far as more higher profile moves are concerned, Smith said that more people are involved and kept in the loop.

Those comments from Smith on Monday became much more intriguing by Wednesday afternoon.

Rumblings around the Texans locker room were that players weren’t made aware of a quarterback change prior to practice.

Rather, Kyle Allen was simply thrown into first team reps and off they went.

Forget about how the Texans handled the change at quarterback the way that they did for a second.

What about the why?

They had to do something. Players wanted a change. They needed a spark, and Mills doesn’t offer that with his play nor his persona.

Allen has a little bit more piss and vinegar in him.

Seven interceptions in the last five games, all losses and historically poor offensive first halves is more than enough reason to get benched, regardless of the organization’s overall goal.

Which is of little concern to players.

They want to win.

And they’ve got to feel like the team is doing everything in their power to help them do that, or the locker room is lost.

That’s the ship Smith is trying to navigate through some rough waters.

For the time being, another odd day at NRG resulted in changing a player at a position that likely won’t change the outcome by season's end.

The real quarterback change will be announced April 27, 2023.