In a lawsuit filed Wednesday, the woman says Watson reached out to her in September 2020 asking if she was an aesthetician, and she explained she was not. She says Watson then asked if she provided massages, and she said "yes," according to the lawsuit.

The woman says Watson told her "to dress comfortable in yoga pants or workout clothes," the lawsuit states. When she arrived at Watson's house, the woman says she reminded him she was not a licensed massage therapist, but Watson said it was OK and requested a Swedish massage.

In the lawsuit, the woman says she massaged Watson's upper thighs and glutes at his instruction for nearly an hour. Watson then flipped over, fully naked with his penis exposed, :directing her to go closer to his genitals and anus, repeatedly" the lawsuit states.

The woman says Watson encouraged her to grab his penis, but she told him no and wanted to remain professional.

She ways Watson paid $160 via CashApp, walked her downstairs and groped her in a "touchy hug," according to the lawsuit.

This time, she says Watson started the massage laying naked on a bath towel placed on the floor, face-up with his penis exposed, the lawsuit states.

Throughout the session, the woman says she continued to explain her desire to remain professional, despite Watson's advances, according to the lawsuit.

"It felt like eternity (sic), trapped, and he was not going to end the massage until she touched him like he prodder her to," the lawsuit states.

The woman alleges Watson started moving his hips around and instructing her on how to touch him.

The lawsuit says she was "mentally beat, the pressure from Watson's relentless instruction coercing her against her will left her powerless. In an effort to finally end the massage session, and with hopes to be free to leave, Plaintiff finally did as Watson had been instructing her to do for what felt like hours.

The woman in the lawsuit also accuses Watson of groping her again, asking to take off her pants and ejaculating on her hand.

The woman says she rushed to the restroom to wipe her hands and quickly grabbed her bag to leave. The lawsuit says she was visibly upset by what happened.

She says she left so abruptly, she didn't even think about payment, but Watson sent $200 via CashApp as she was driving home.

The lawsuit says the woman "now feels ashamed, embarrassed, deeply distressed and confused by Watson's manipulating the massage and her into sexual coercion."

Earlier this week, women who previously filed lawsuits against Watson under the "Jane Doe" pseudonym refiled with their names attached.

One woman dropped her lawsuit, while another's refiling is pending Thursday afternoon.

The most recent lawsuit by the makeup artist was filed Wednesday just before 4 p.m., according to Harris County records. 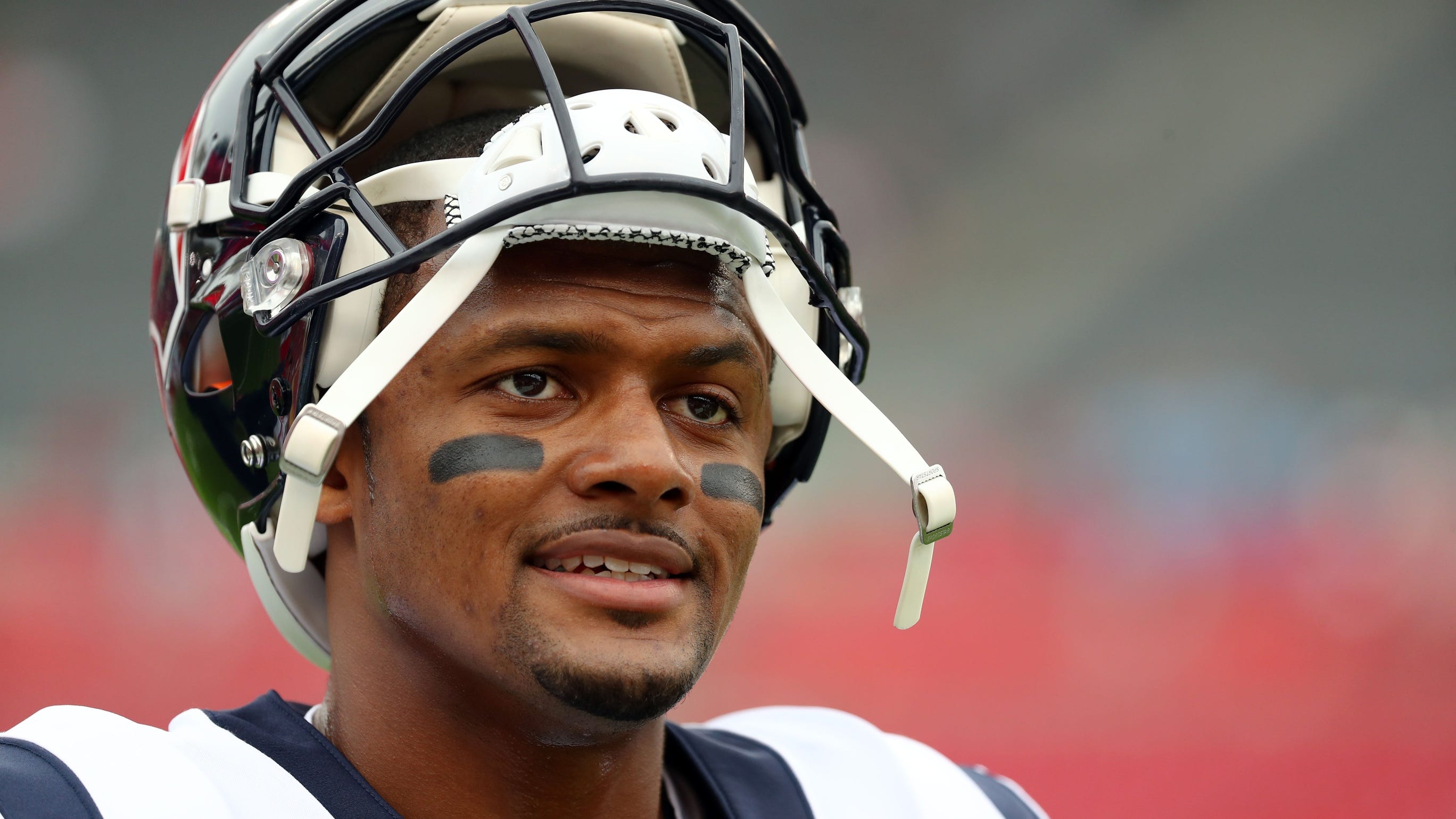