If anything was certain about J.J. Watt's pursuit of a new team in free agency, it's linking with a franchise quarterback.

Arizona Cardinals quarterback Kyler Murray is the first person Watt mentioned when asked about what made this team attractive, along with reuniting with former Texans teammate DeAndre Hopkins and assistant coach Vance Joseph, who is now the Cardinals' defensive coordinator.

Watt was also asked about his former quarterback Deshaun Watson, who wants to be traded from the Texans.

"I love Deshaun. We speak often. He's an incredible player but he's an incredible person," Watt said Tuesday at his introductory press conference in Arizona. "He's a special human being and he's obviously unbelievably talented as an athlete. But he's also just a great person.

"The one thing I want for Deshaun Watson is for him to be happy. He deserves it. So whatever that looks like for him, that's what I want for him."

Watt and Watson spent four seasons as teammates with the Texans. They built a connection during Watson's rookie year in 2017, when both rehabbed from injuries.

Watson recovered from a torn ACL, while Watt returned from a broken leg.

The lasting image of the pair as teammates will be them walking off the field at NRG Stadium, with Watt telling Watson "I'm sorry, we wasted one of your years." 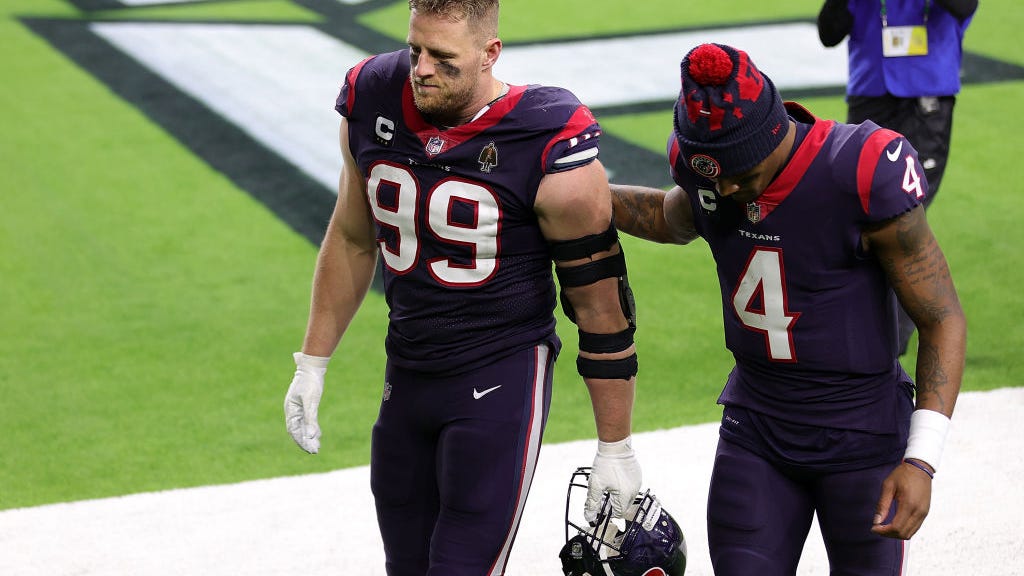 "I'm sorry, we wasted one of your years."

Watt to Watson after a tough season. pic.twitter.com/mcTVK3ZeJG