The Buffalo Bills defense is both talented and aggressive.

They are highly skilled at every level of the defense, and coordinator Leslie Frazier is not shy about mixing up blitzes and playing press man coverage.

Rookie quarterback Davis Mills spoke earlier this week about the Bills defense wanting to force the offense into check downs. Mills said he wants to spread the ball around and get it to playmakers in space.

So with that in mind, these are four of several Bills who could really trouble the rookie. 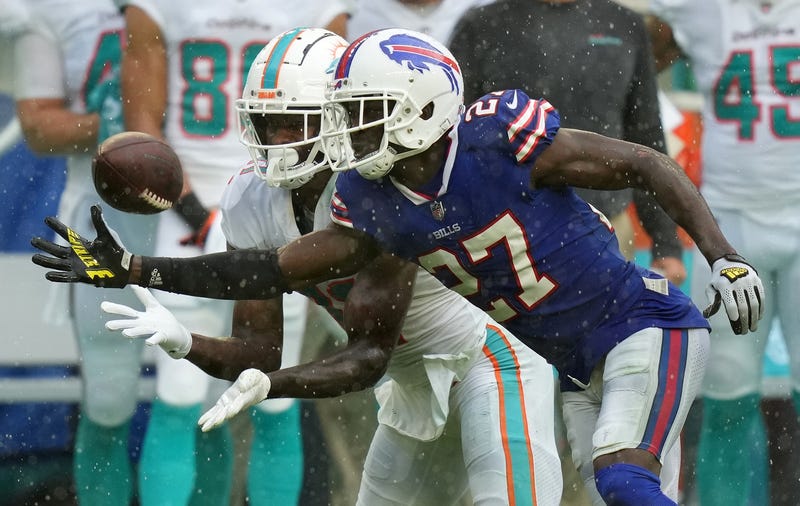 You don't want to get overly clever with how you play Cooks against White. Just give him opportunities, then hopefully hold up in pass protection long enough to take some deep shots to Cooks and some of the stuff over the middle, too.

White will gamble at times and he's been very good. But he's also let up four long passes of 15-yard plus, and Cooks has six catches like that so far this season.

That's an area of opportunity. Cooks can get behind White, so it's a matter of whether there's time for Mills to throw it and if he can do so accurately. 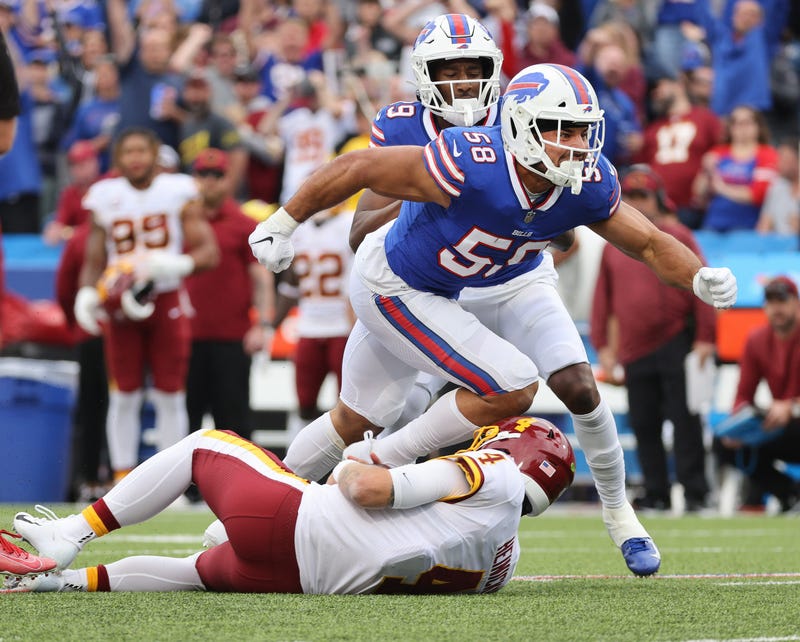 This guy is everywhere. A lot of people who watch Bills games notice Milano a lot because he has this DeMeco Ryans-like ability to show up everywhere, all the time.

It's not always with a huge stat line. But he's good in coverage, can rush the passer and just always shows up. He's omnipresent.

When you think about what a young quarterback like Mills could easily fall prey to, it's the rogue linebacker popping into a passing lane unexpectedly.

Some of the deception and savvy that comes into a play when you have a veteran like Milano versus Mills is something to worry about. 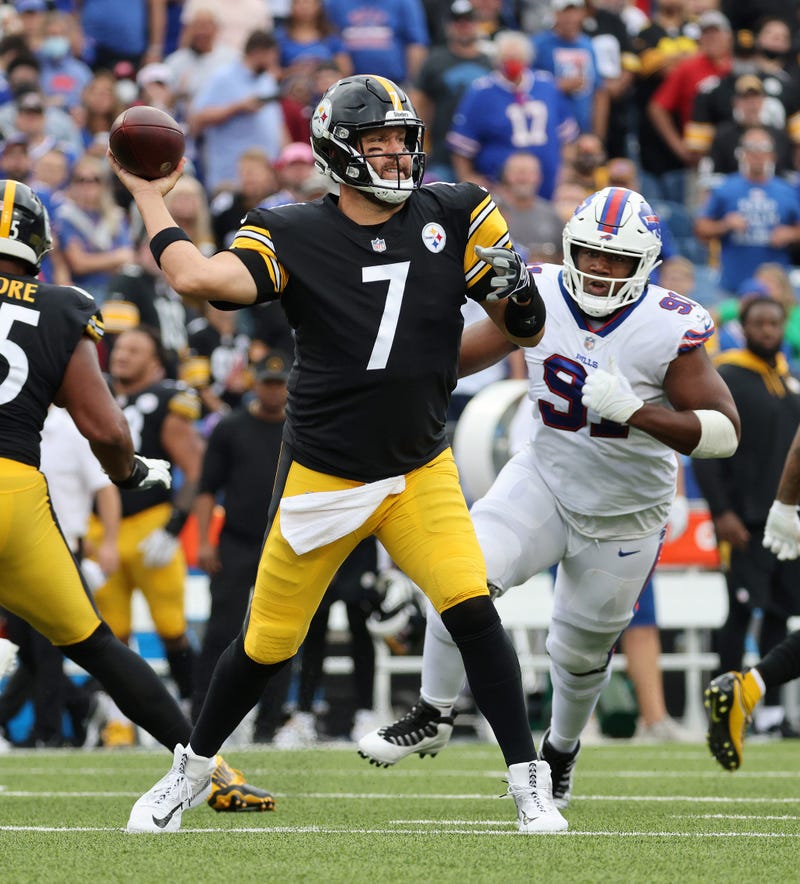 The Houston product's ascension has been rocky and he hasn't always been as consistent as he needed to be in his first two seasons.

This season, it looks like Oliver has settled into at the very least being a good, well-rounded football player.

When you look at Oliver, it's impossible not to think of Aaron Donald, because of the similar body types. Donald is just so much more powerful and sturdier. But Oliver. while he's still developing as a pass rusher, has improved his technique and he's a lot more consistent. 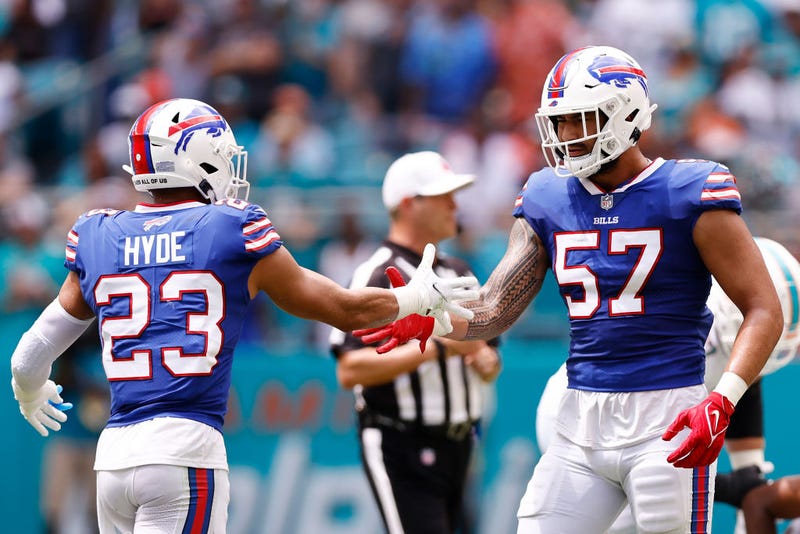 Micah Hyde #23 and A.J. Epenesa #57 of the Buffalo Bills celebrate a tackle against the Miami Dolphins during the first quarter at Hard Rock Stadium on September 19, 2021 in Miami Gardens, Florida. Photo credit Photo by Michael Reaves/Getty Images

Let's just roll Epenesa along with the rest of the Bills' defensive line, but more so because the Texans' offensive line needs to be better.

They have been OK in pass protection. Except when they're not good, it's REALLY bad. When this Texans offensive line has breakdowns, they are letting guys unblocked into the backfield.

Epenesa is not starting for the Bills, but he's interesting as a draft peer with Texans defensive lineman Ross Blacklock.

The Texans selected Blacklock with the No. 40 overall pick in the 2020 NFL Draft, while the Bills drafted Epenesa at No. 54 overall. Both players have looked better in their sophomore seasons.

When you watch a defensive end against the Texans, pay attention to how the guards and tackles are doing on gains and stunts. That's where a lot of the issues have been.

Tunsil and Howard need to get on the same page as the tackle-guard tandem on the left side. There have been way too many mistakes, and they don't want to see Epenesa have another eight-pressure game because those two aren't coordinating and communicating properly.