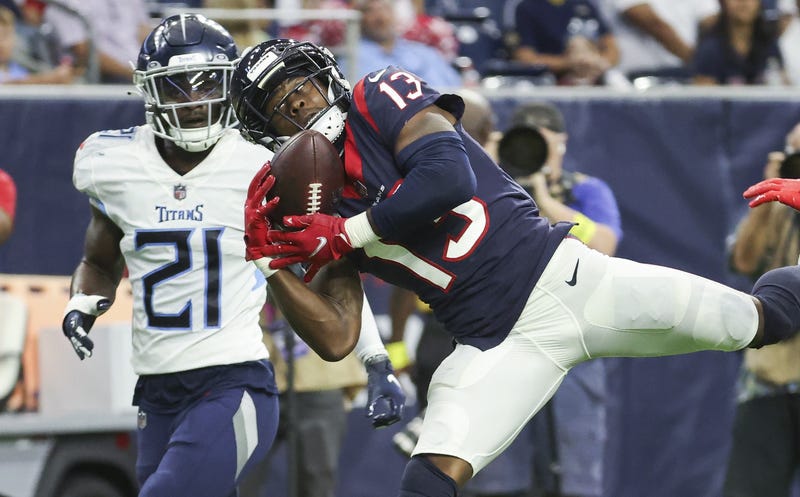 HOUSTON (SportsRadio 610)- Texans wide receiver Brandin Cooks declined to address the speculation that he could be traded prior to Tuesday's deadline following Sunday's 17-10 loss to the Tennessee Titans.

Cooks caught four passes for 73 yards against the Titans on Sunday, giving him 32 receptions for 354 through the first seven games of the season. He had more than 80 catches and 1,000 receiving yards during his first two seasons in Houston.

The 29-year was not made available for his weekly press conference on Wednesday, fueling speculation he could be moved before Tuesday's 3 pm deadline. The Texans said he was lifting weights at the time of his pre-scheduled session with reporters.

The Texans signed Cooks to a two-year extension worth a guaranteed $36 million in April, and he said at the time he wanted to remain with the Texans. He declined to say if that stance has changed.

"I'm not really talking about that, right now."