By Shaun Bijani and Payne and Pendergast, SportsRadio 610

(SportsRadio 610) - Texans general manager Nick Caserio won’t let on too much, but he’s certainly ready for the focus to move beyond Deshaun Watson and pivot to actual football.

Prior to him sitting down with Payne & Pendergast on Monday morning, news broke that a six-game ban was being handed down by independent disciplinary officer Judge Sue L. Robinson to former Texans quarterback Deshaun Watson.

Caserio said he’s glad the focus is shifting but understands there’s always challenges down the road.

“We’re moving along. Each year is different, so you try to take the same approach regardless of the training camp, regardless of the circumstances, you're going to have to deal with things on a consistent basis," Caserio said. "Things are gonna pop up, things are gonna happen. You're gonna have a situation with different players at different points. We just try to take it as it comes and just kind of deal with it.”

While Monday might have helped bring some type of closure to the Watson saga, it remains in flux as the NFL could very well seek an appeal to increase the punishment.

Caserio was just excited to see the team he’s constructed show up in pads for the first time this camp.

“I think everybody is excited, specifically for (Monday), with the opportunity to kind of see more real football with the pads,” Caserio said. “This is when you can really start to see some things, specifically to the running game which is really what you want to try and focus and work on because during the ramp up period, it’s more about position and technique. Do they know what to do?

“Now, can they actually execute the block? Can we move people? Can we react to blocks? Those are the things that we're actually going to be able to see."

Rookie running Dameon Pierce and veteran Marlon Mack are a couple of the new faces in the backfield this year.

Pierce, taken in the fourth round by the Texans in the draft this year, has impressed thus far. At 5’10 and 225 pounds, Pierce is the typical size for an NFL running back.

While it’s early, he's shown he could provide substance to the Texans' backfield.

Mack, who spent the previous five years with the Indianapolis Colts, averaging 4.4 yards per carry while finding the end zone 20 times, can also be a productive player as a pass catcher.

That versatility in the backfield bodes well for quarterback Davis Mills, who is in a more simplified offensive scheme this year than he was last season, which carried a lot more New England Patriots flare than the new Texans offensive coordinator Pep Hamilton’s system.

The Texans have a long way to go in their evaluation process not just for this season but far beyond as they are nowhere close to where they want to be, but feel like they’re on the right path once again.

One of the things that Caserio discussed with Payne & Pendergast, in regards to helping evaluate their players more efficiently this year as they really begin to rebuild, is the decision to not hold a joint practice with another team.

“It’s something Lovie and talked about in the off-season," Caserio said. "You wanna try to find the right partner, who you practice with is important. You don’t want to go somewhere and get in a bunch of fights and you’re really not going to be productive with your time. We felt this year the right thing was to focus on our team and just kind of focus on the first year of what Lovie wants to do and is trying to do."

At the end of the day, that is the most important thing, as last season seemed to be one distraction after the other. Trying to build a team, develop players and determine exactly what players are going to be vital to the future that Caserio has envisioned is the job.

"Those days of hosting teams and traveling to joint practices will come again Caserio said.

“It’s all about what you want to get accomplished. The key is finding the right team and the right opponent to have productive work with. At some pint it’s probably something we’ll do and consider, but this year we feel like this is the best thing for the team.”

One of the most interesting things Caserio talked about on Payne & Pendergast was his openness to reach out to another team in town, the Houston Astros as to how they rebuilt their franchise in recent years.

“We’re going to try and connect with the Astros a little bit and try and get their thoughts on some things. They’re on of the best teams in sports right now, the way they’ve operated it and the success they’ve had, their player development,” Caserio said. “So, if we can sort of lean on each other, share some ideas, you certainly should consider that and it’s worth doing.”

It is a process, as Caserio will so often say, but one that seems to be headed in the right direction. Having one of the most successful professional organizations to consult with in your own city, such as the Astros, is certainly an asset and one that Caserio should tap into. 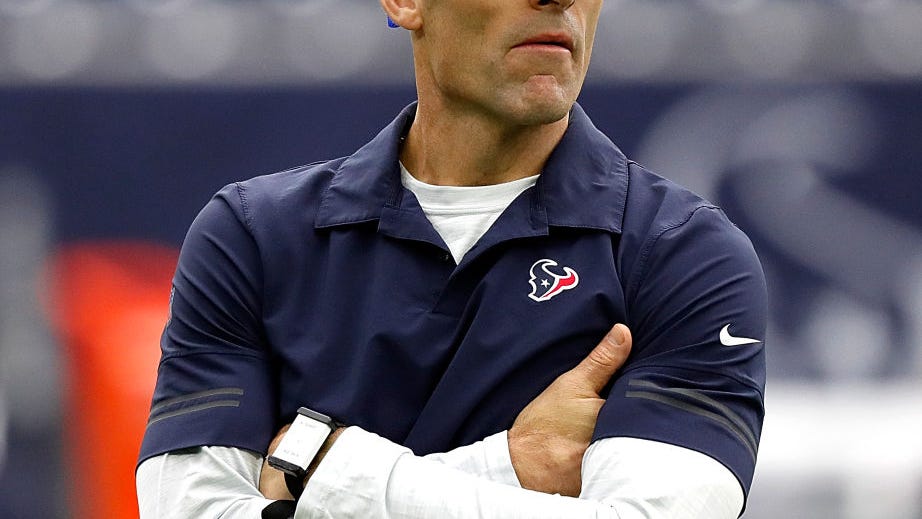