When Texans rookie left guard Kenyon Green watches the film of Sunday’s 23-10 loss to the Washington Commanders, he might find it particularly difficult to forget what was easily his most disappointing performance of the season.

Playing through a shoulder injury for the last month, the No. 15 overall pick had still only allowed two sacks entering Sunday's game against the Commanders.

It’s been a tough stretch for Green, who in recent weeks has faced some of the league's best defensive tackles like Jeffery Simmons, Dexter Lawrence, Javon Hargrave and Jonathan Allen.

Green said everyone on the team has encouraged him throughout the season, particularly reminding him to wipe the negative plays when they occur. 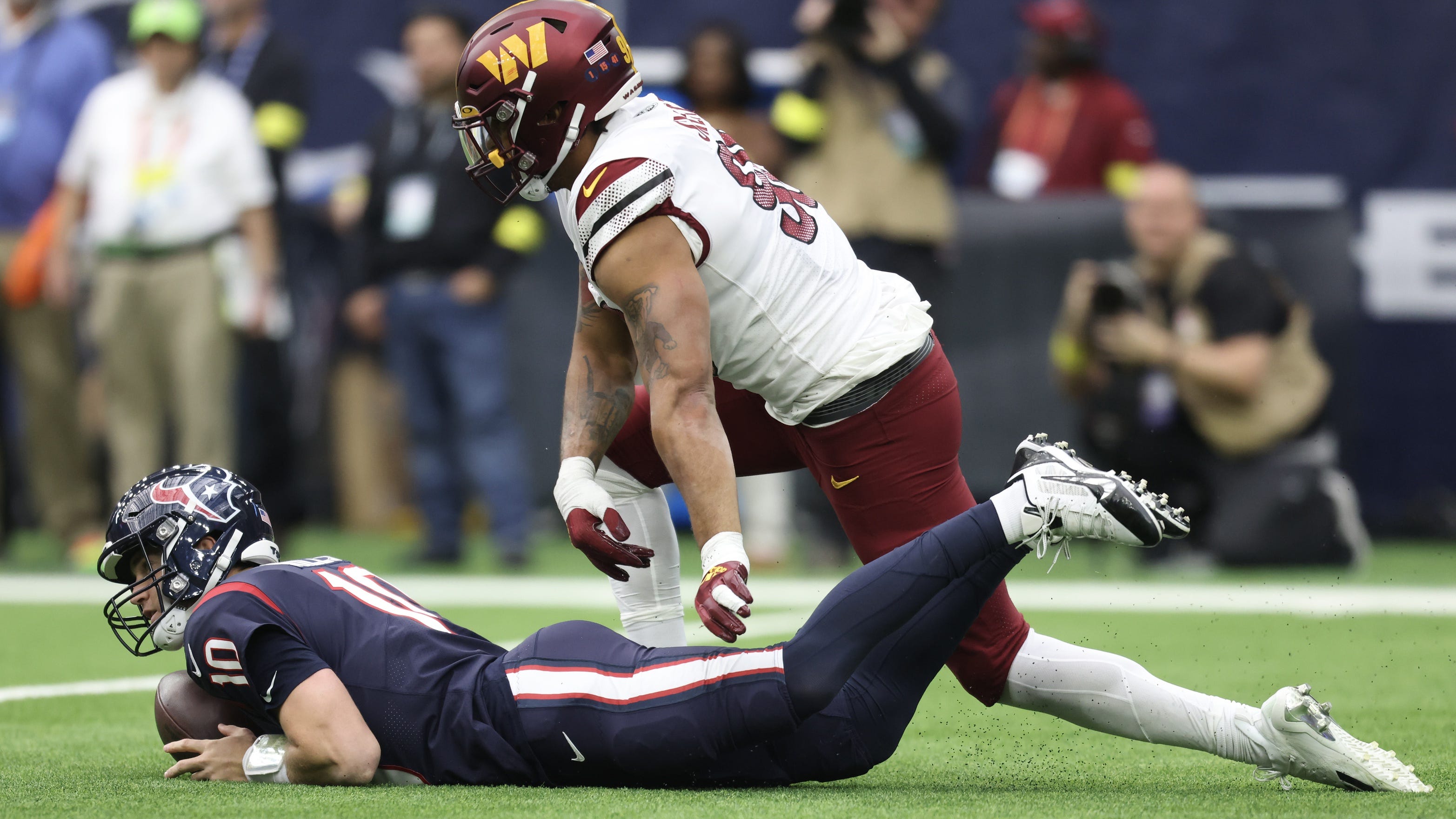 Through Green's first seven games this season, he’d only allowed one sack on 234 pass blocking attempts.

Since the Texans' week 9 loss to the Eagles, Green has allowed 3 sacks, including two against the Commanders.

Green met his match against Commanders defensive tackle Jonathan Allen Sunday, not only hitting the rookie wall, but it appeared as though it fell on him.

Having only committed three penalties all season entering Sunday's game, he was flagged for two holding penalties Sunday, both coming on third downs.

The second holding penalty negated a 12-yard gain on a third-and-seven late in the second quarter.

Easily the lowest point of Green's rookie campaign came in the first quarter on a 3rd-and-7, when Allen bull rushed Green all the way to Davis Mills.

Jon Allen uses his signature cross-chop-hump move to drive the LG back into Davis Mills for the sack pic.twitter.com/JTa81OFpe2

It was the first of five Commander sacks on the day, and one that Green won’t soon forget.

When Commanders defensive lineman Daron Payne was asked after the game what he’d thought of Allen’s bull rush on Green, he said he needed the reporter to clarify, because "we was (messing) him up all game."

After the game, Green said the Pro Bowler Allen pulled him aside and offered some encouragement. Allen told Green he's a rookie who's learning and just needs to keep improving each week.

"That’s what I’m trying to do, just get better as a player," Green said after the game.

Green was able to make some adjustments at the half, but understands through learning from guys like Tunsil and Howard, there’s not a quick fix. He spoke about being better using his hands.

"My technique, you know in the first half my technique wasn’t precise, what it needed to be," Green said. “I feel like the second half, I came back out there and played a better half. I wish I played the whole game completely, you know, better like that. But you know, it is what it is. Working."

It just takes time. And time is what Green has plenty of during a season like this.

Green he’s figured out that one of the more difficult things to do for him this year has been to "flush" the negative plays from his mind.

“Coming out of college and everything, different level," he said. "Going up against better players, yeah it’s harder." 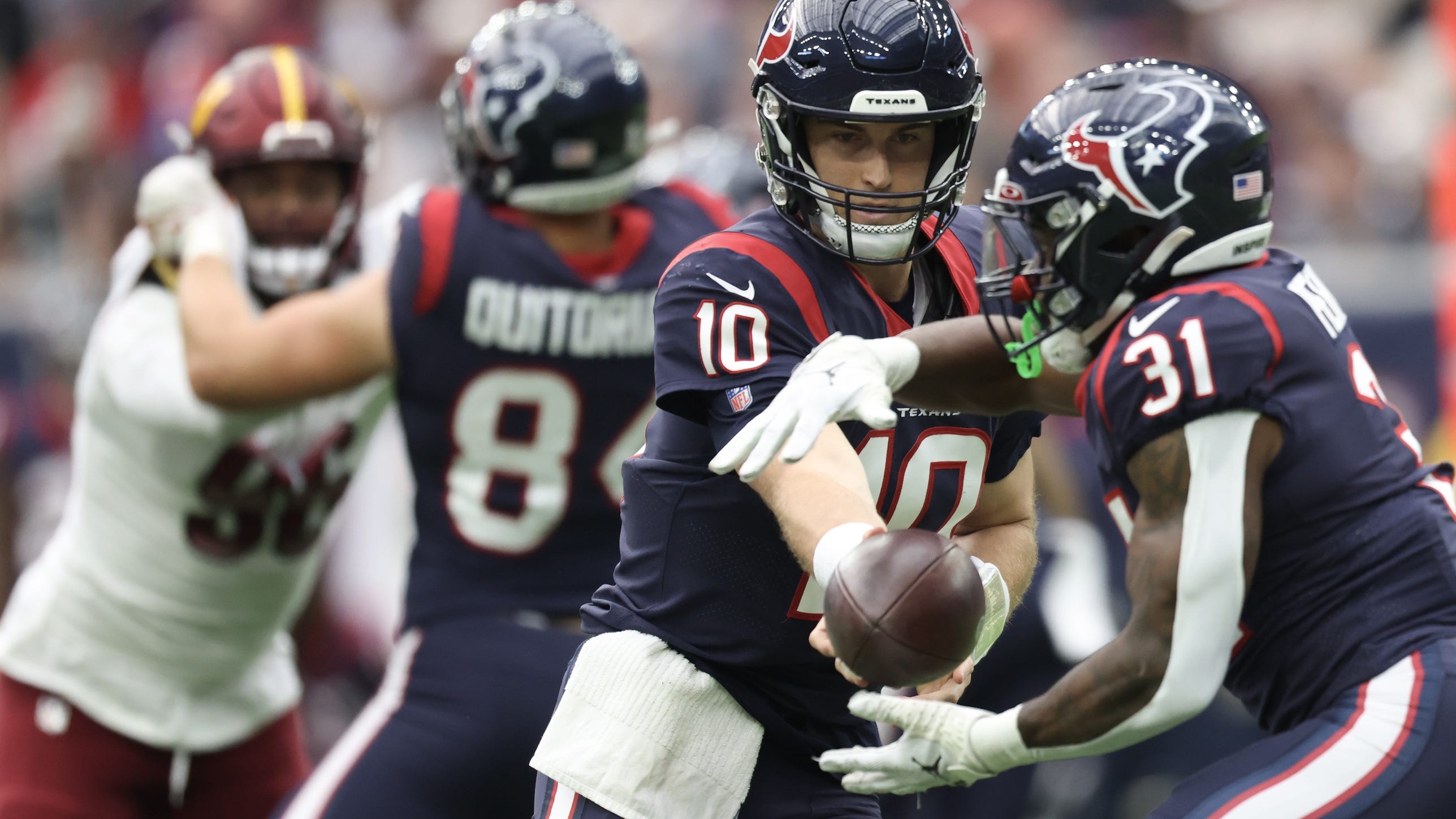