Giannis Antetokounmpo did not need a super team to win an NBA championship, and he made sure to let the world know that on Tuesday.

Following the Greek Freak’s 50-point performance to clinch the NBA Finals title for the Milwaukee Bucks over the Phoenix Suns on Tuesday, Antetokounmpo spoke about his decision to sign an extension in Milwaukee last winter and ensure that he would stay with the team that drafted him.

“I couldn’t leave. There was a job that had to be finished,” he said. “I feel like the bubble did not pay us justice. Give credit to Miami Heat, they played great… everybody was feeling homesick. We’re a family-oriented team, wanted to see our families. But coming back, I was like, ‘This is my city. They trust me. They believe in me. They believe in us. Even when we lost … obviously I wanted to get the job done.

"It is easy to go somewhere and win a championship with somebody else... But, I did it the hard way."

Obviously, Antetokounmpo did not call anyone specific out, but players such as LeBron James and Kevin Durant have been often criticized for hitching their wagon to a super team to win a title.

In fact, Antetokounmpo and the Bucks had to go through the super team of Durant, Kyrie Irving and James Harden in the Eastern Conference semifinals against the Brooklyn Nets.

Antetokounmpo was expected to be the No. 1 free agent this summer, but he decided to sign a lucrative $228 million extension with the Bucks last winter to stay in Milwaukee the next five seasons — a rare decision for a star of Antetokounmpo’s caliber to stay in a small market.

The Bucks did go out and trade for Jrue Holiday and signed Bobby Portis to give Antetokounmpo the complementary pieces, alongside Khris Middleton, but nobody is mistaking those guys for a super team.

Antetokounmpo also said back in 2014 that he would not leave until he won a championship with the Bucks, and jokingly called back to that comment after the game.

"Who do I ask for a trade? Jon?" pic.twitter.com/g9xwPfH2uO 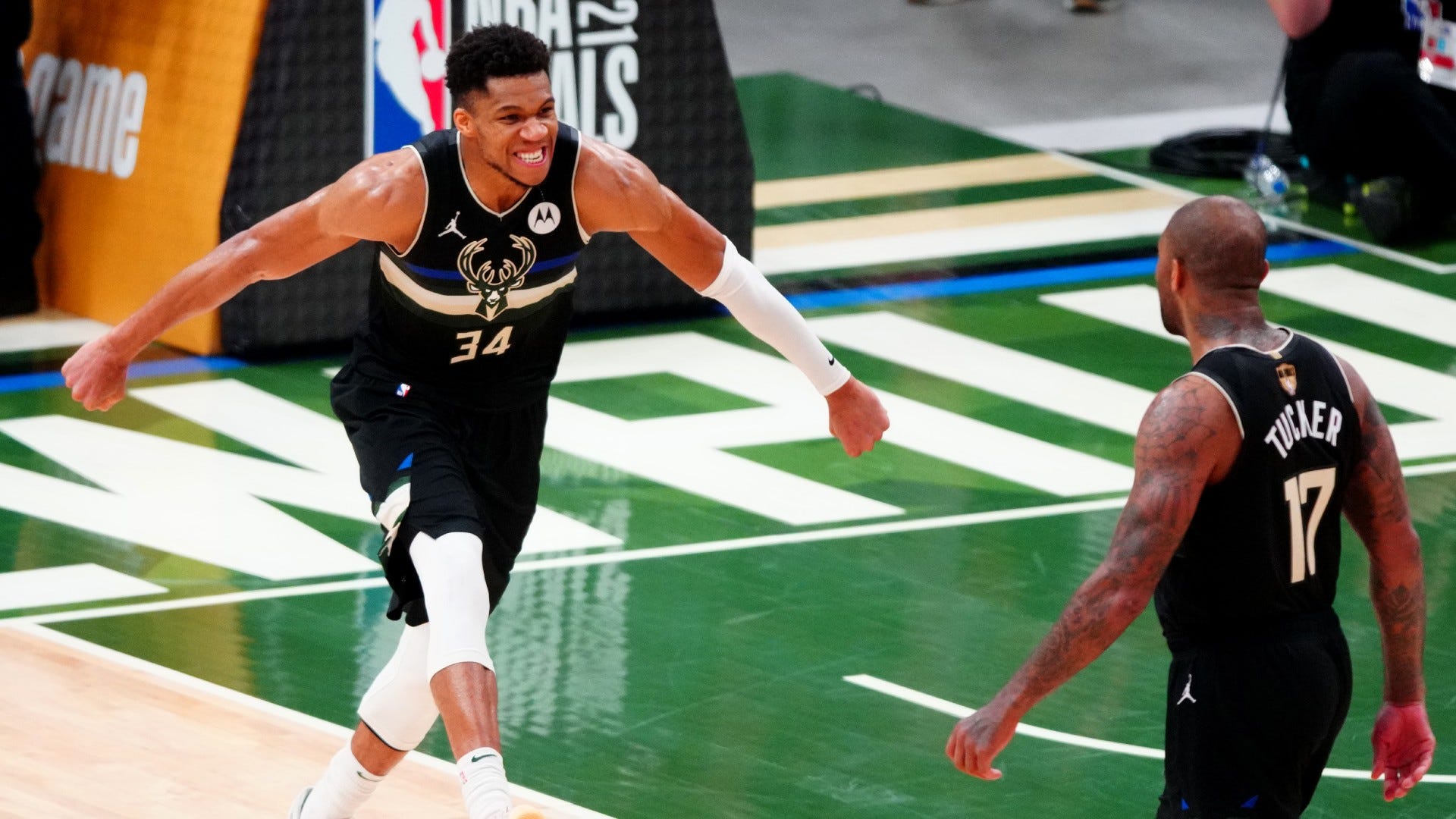