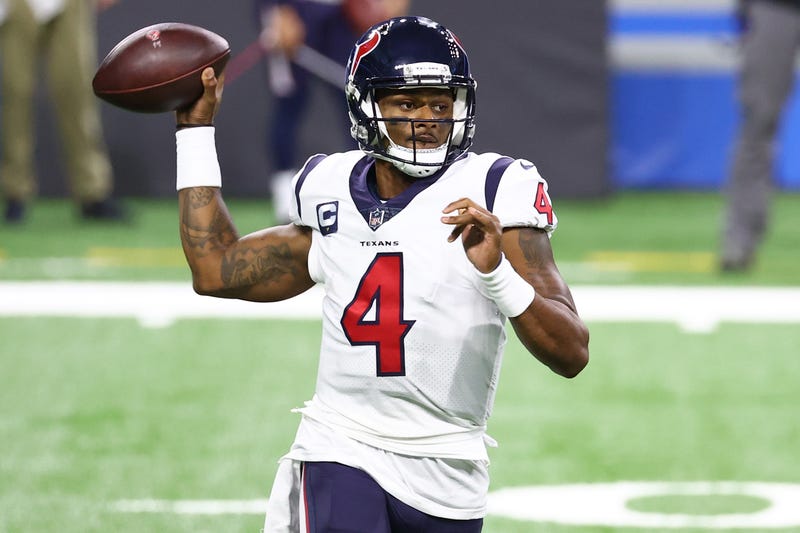 Houston Texans star quarterback Deshaun Watson, who's facing 22 lawsuits alleging acts of sexual assault and misconduct and 10 criminal complaints, has yet to be placed on the NFL commissioner's exempt list. Since the start of this season, the franchise has listed him as inactive for each game.

But could this situation soon change? Has the league reconsidered placing Watson on the exempt list? Not exactly, according to CBS Sports HQ insider Josina Anderson.

"The last thing I heard was, there was a desire to actually not have Deshaun Watson on the exempt list, in that there may have been an understanding that he wasn't going to play this season," Anderson told the Tiki and Tierney show on Thursday. "At that time my answer was, obviously it's easy now for him not to play because he doesn't want to play. That hasn't forced them to put him on the exempt list. But that situation changes if he goes to a different team.

"I'm not entirely sure that he actually would get put on the list. But I do think there are players out there who would certainly have a good beef with the league if he wasn't put on the exempt list, to which my sources didn't really (have) a good answer when it comes to that. One thing that has been consistent in those conversations is, the league's desire to not want to act in advance of an official word from somebody on [Watson's] case..."

Watson, who's requested a trade from the Texans, reported to training camp on time only to avoid daily holdout fines. The three-time Pro Bowler hasn't played a single snap since Week 17 of last season, and he remains under investigation by Houston police and the NFL.

According to a recent report from John McClain of SportsRadio 610 and the Houston Chronicle, Houston and the Miami Dolphins are in discussion to finalize a trade involving Watson before the NFL's trade deadline on Nov. 2. Although Watson has a no-trade clause, Miami is reportedly "high on his list" of preferred landing spots.