Antonio Brown’s infamous final moments as a Buc is being turned into an NFT.

According to TMZ, video of Brown’s meltdown on the Bucs sideline and shirtless exit at MetLife Stadium on Jan. 2 will be turned into an NFT — non-fungible token — and auctioned on Jan. 13.

NFTs are one-of-a-kind digital assets, akin to owning an original piece of artwork.

The video, which was originally shared on Twitter, garnered more than 11.5 million views, and could sell for a seven-figure price tag based on similar viral NFTs have sold.

Per TMZ, the winning bid for Antonio Brown could be around $1.5 million.

Brown was officially released by the Bucs last week following the incident and has gone scorched earth toward the franchise and even Tom Brady.

His on-field display was one of the strangest things to happen on an NFL field, so let the bidding begin. 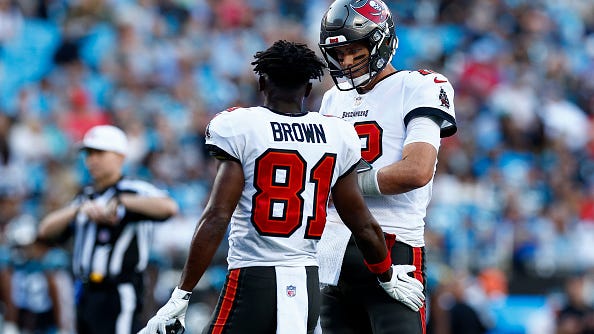