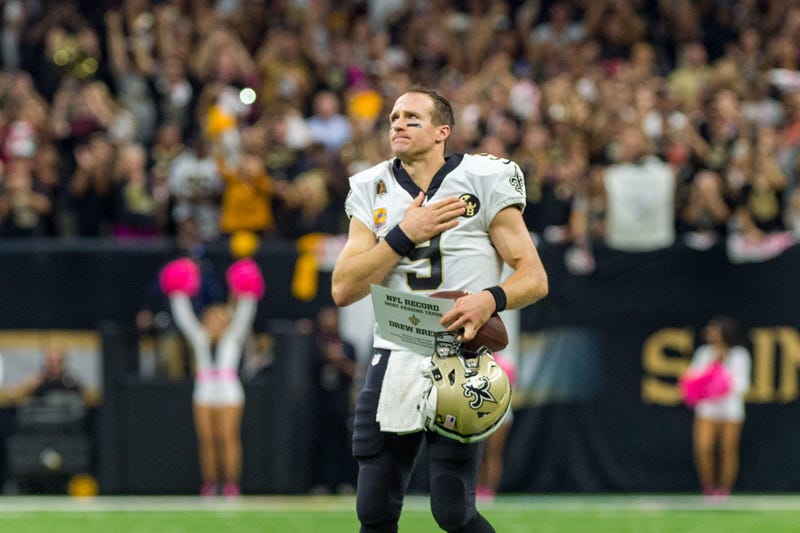 The cliche 'if you don't use it, you lose it' is apparently true of NFL quarterbacks, at least that's how Drew Brees tells it.

The retired Saints quarterback was asked in a Q&A with Mike Tirico this week whether he'd consider a return to the NFL should a quarterback-needy team come calling. He didn't rule it out, but made it clear it was a very unlikely scenario.

"I better get my butt going if that's the case," Brees said, indicating he hasn't been working for that potential situation.

"My arm is killing me because I haven't been training to throw. I actually feel worse now than at any other point in my NFL career. I may have one throw, one series, one drive."