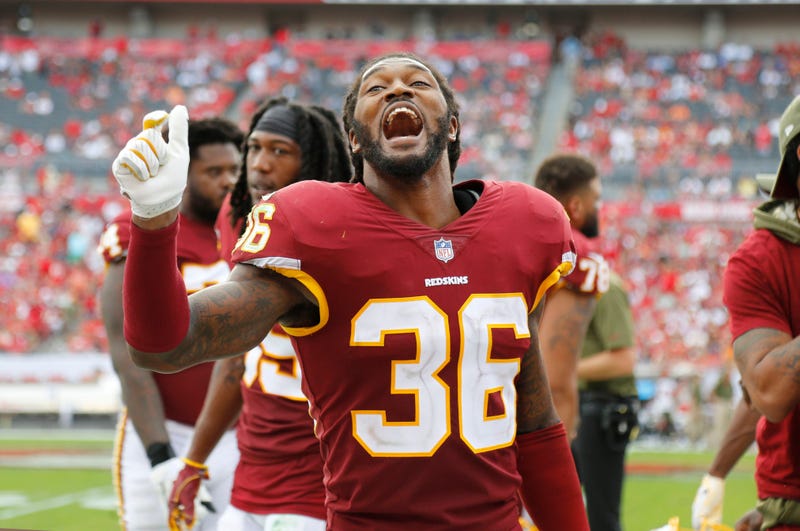 D.J. Swearinger has been released by the Washington Redskins, the safety announced exclusively on 106.7 The Fan.

"I was released," Swearinger said.

"You were released by the Redskins?" Paulsen said.

"Nah, I'm not kidding at all about that," said Swearinger.

"Okay. Well, we've got a lot to discuss then," Paulsen noted. "What did Jay Gruden say to you when he released you?"

"Only thing he said was just I've been in his meeting room three times and he was going to release me," Swearinger said. "I asked him why, he didn't give me an explanation. So I guess it was just because of the media. Only way I know is to keep grinding and keep being myself. You know, just get ready for the next journey, man, the next chapter in my life."

Listen to Swearinger's full reaction to being released below.

Swearinger made several critical comments about defensive coordinator Greg Manusky after the Redskins' loss to the Titans Saturday.
"I'm peaceful about it," Swearinger told 106.7 The Fan. "I don't regret nothing, because I know I gave 100 percent effort from my heart."

BREAKING NEWS: D.J. Swearinger said he was called into Jay Gruden's office and RELEASED by the #Redskins.