The Steelers stumbled their way to a 29-17 loss on Thursday Night Football. They held a 14-13 lead at halftime but were outscored 16-3 in the second half, including a last-second defensive touchdown by the Browns.

Mitch Trubisky went 20 of 32 for 207 yards and ran for a touchdown, but he continued to be uninspiring under center for Pittsburgh. Nevertheless, Mike Tomlin voiced his support for the quarterback after the loss in Cleveland.

While the Steelers stick with Trubisky, the answer to their problems may already be on the sidelines in the form of Kenny Pickett. Pickett was the 20th overall pick in this year's NFL draft. He competed for the starting job in training camp and, despite being named the backup, could overtake Trubisky at some point this season.

Danny Parkins and Andrew Fillipponi of the Audacy Original Podcast “1st & Pod” discussed Trubisky’s play and the Steelers’ questionable decision to stick with him over Pickett.

“Their whole patience and trying to wait on him is misfounded because they might cite the Aaron Rodgers model or the Patrick Mahomes model, these cases where a guy sitting his rookie year – or even his second year in Rodgers’ case – paid huge dividends,” Fillipponi said (4:37 in player above). “He’s being blocked by Mitch Trubisky and he’s 24 years old.”

Fillipponi noted that Pickett and the Steelers are in a much different position than Mahomes and the Chiefs were. While Mahomes came from a college offense, Pickett ran a pro set offense at the University of Pittsburgh.

“His offense in college actually looked more like a pro offense than the one the Steelers are running right now,” he said. “So the justification or the rationalizations for not playing him are just completely absurd and irrational and I’m going to continue to call Mike Tomlin out for it.”

Steelers fans are growing tired of the offense taking “infant steps” with 13, 14, and 17 points in the first three weeks.

“When they put their team on the field next Sunday against the Jets at home, you’ll have 70,000 people there that are going to boo them from the very second the game starts,” Fillipponi continued. “First punt. First incomplete pass. It’s a horrible situation. It makes no sense for them to stick with Trubisky.”

“It’s archaic thinking,” Parkins agreed. “The Bears did it last year with Andy Dalton. It was one thing for Mahomes. You had Andy Reid and Alex Smith was winning 11 games every year. They’re coming off of a playoff season. And then with Rodgers, people use that, you’re arguing the exception rather than the rule. It’s a first-ballot Hall of Famer, so it’s a completely different thing.”

The Steelers have some good young pieces in place that would benefit from a better quarterback, and perhaps Pickett is that guy.

“If Pickett’s good, it changes everything,” Parkins said. “You have Claypool, and Johnson, and George Pickens,” who made one of the best catches you’ll see this season on Thursday night.

“There are foundational pieces there where you can see a good team if they had a good quarterback, but obviously, Trubisky’s an abomination.” 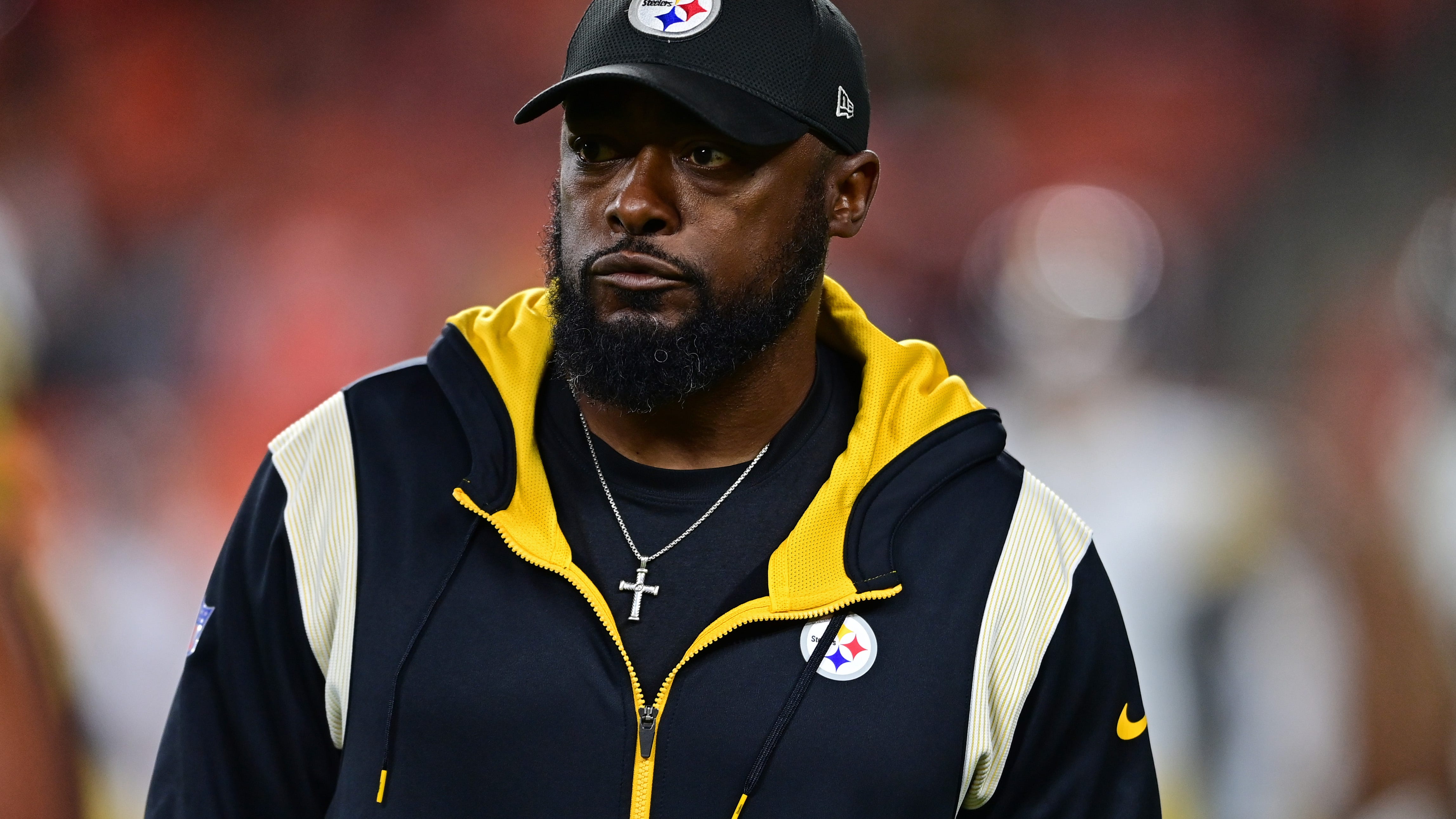 Tomlin’s late-game punt on 4th down was downright sad