The bye week will be anything but peaceful for Washington Commanders coach Ron Rivera.

There's a quarterback decision despite Taylor Heinicke playing decently. The offensive line is in tatters. Chase Young is itching to return and punt returner is a problem.

And that's just for starters. Sorry coach, but good luck getting your Christmas shopping done despite having Sunday off. There's too much to be considered to head home before dark. Just click a few of your coming boss' Amazon "epic deals" for presents.

So much for holiday cheer.

The biggest decision probably isn't made on whether to change passers. Heinicke has done a credible job and his fourth-quarter comeback to tie the New York Giants on Sunday makes this decision even trickier. Heinicke's stats – 27 of 41 for 246 yards, two touchdowns and a 101.2 rating – are greatly deceiving, though. The two scores were great plays by receivers, not great throws by Heinicke. There were several 50/50 balls that could have been interceptions and several missed opportunities for scores.

Would Carson Wentz have done better? Certainly, he would have taken a few more sacks. But the Giants now know Heinicke's weaknesses and will exploit them in the rematch that could decide the wild-card slot.

Wentz offers some mild surprise and a deeper arm, but the Commanders seem bent on running the ball more often so who the quarterback is may not matter so much.

Then there's a battered offensive line. Center Tyler Larsen and guard Sam Cosmi left with injuries. Rivera won't give away that information until next week, but Larsen was carted off and Cosmi has battled injuries his two seasons. If guard Trai Turner also isn't healthy, Washington is looking at several patches on a leaky line. That makes Wentz less likely to play because he'd be the only statue inside FedEx Field.

And what about the ever-dangling return of Young? The defensive end has spent three straight weeks on the cusp and supposedly will return for the Giants. Well, raise your left hand if you've heard that before.

With four games remaining, Rivera either needs to play Young or move on to 2023. If Young can truly help to reach the playoffs, do it. Otherwise, it's not worth the risk. That the defensive line is playing well without Young makes his presence at best part time anyway.

Punt returner has been an enigma all season. With Dax Milne hurt, Washington promoted Alex Erickson. But Washington really needed a big special-teams play and could have opted for Jahan Dotson. The first-round receiver scored the tying touchdown on a juke move and maybe could have helped with a big return.

As for worrying about a regular getting hurt, Washington used Joe Theismann and Darrell Green as punt returners in desperate times. Rivera should remember Green's 53-yard touchdown given he was a Chicago defender on that Jan. 1988 playoff score that helped Washington en route to its Super Bowl championship.

The Commanders' 6-1-1 midseason run brings them to the postseason brink, but they probably need to beat the Giants to finish. And, that will take some tough decisions. 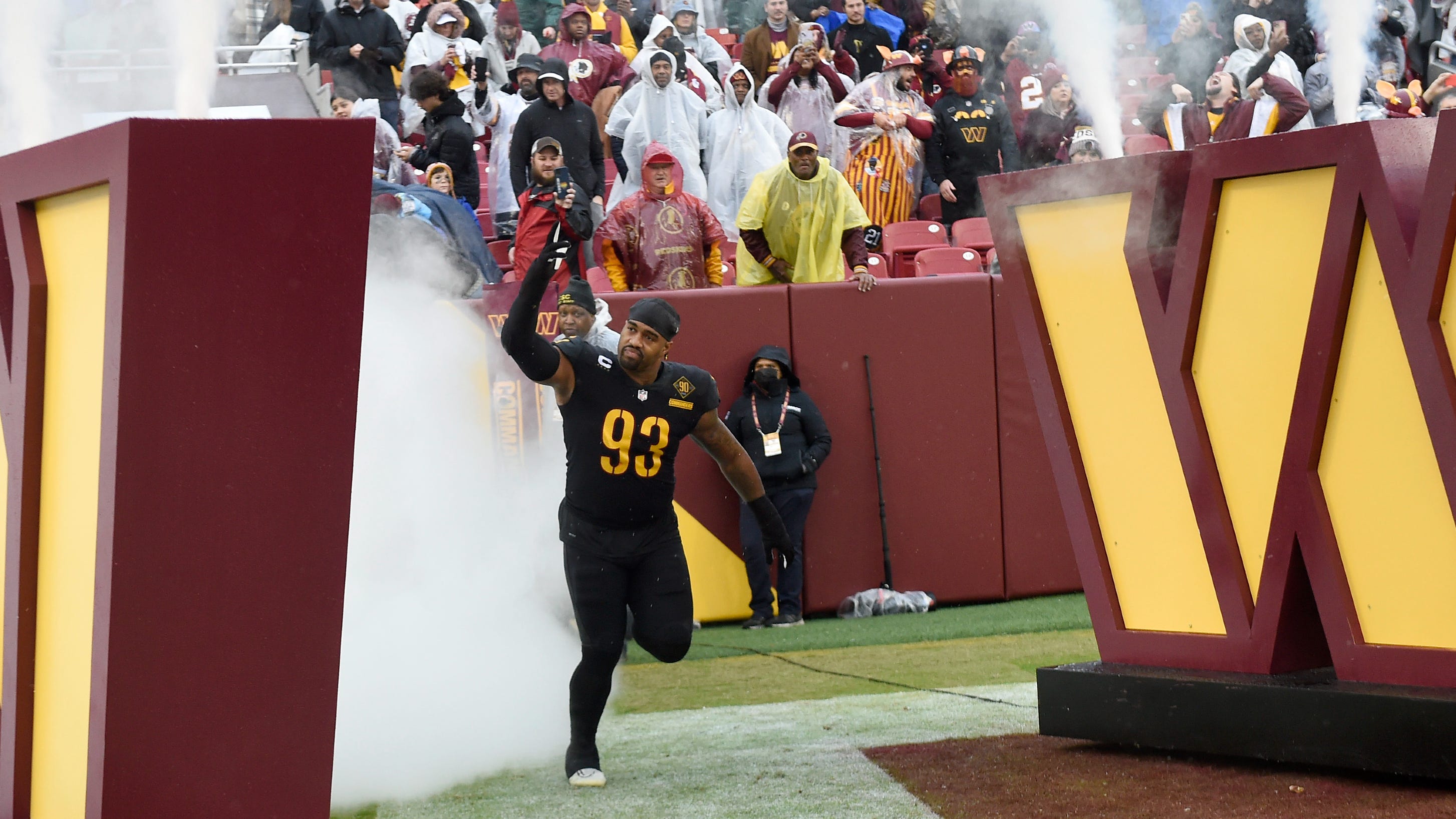 Jon Allen hopes to see FedEx 'rockin' for Giants rematch
We strive to be a platform where varying opinions may be voiced and heard. The views, thoughts, and opinions expressed by the author(s) of this article and/or by those providing comments are theirs alone, and do not represent those of Audacy, Inc. We are not responsible for any damages or losses arising from this article and/or any comment(s).
Featured Image Photo Credit: Vincent Carchietta-USA TODAY Sports