Carson Wentz spotted a big play, but not cornerback Corn Elder. The Washington Commanders' new quarterback instead saw his pass returned for a Pick 6 with teammates escorting Elder 40 yards to the end zone.

But it's always about the quarterback and once more Washington welcomes a new starter along with an heir and a spare.

Wentz has the big arm missing among Commanders passers in recent years. There was some zip to the damp balls, but not a perfect day on the tossing or receiving ends given conditions. And, Wentz seemed a touch off and a little high on occasion. Elder burned him by sitting on a pass in the flat. Oklahoma State rookie Christian Holmes dropped another errant Wentz throw.

Yet, there's no quarterback competition. Wentz is firmly No. 1 while Taylor Heinicke showed his experience after starting last season on long throws with a 40-yard completion. Rookie Sam Howell has a solid touch on medium-range passes.

Rivera noted Washington is a "good opportunity for Carson" who's now starting for his third team in three years following Indianapolis and Philadelphia. Indeed, it's a good opportunity for both sides as Wentz's deal is essentially a show-me contract that either lets the team cut him next year or retain him for considerably cheaper than many starting quarterbacks.

There is plenty of opportunity for Wentz. If this offense embraces rookie receiver Jahan Dotson, running back Brian Robinson and tight end Cole Turner along with a healthy Curtis Samuel, it could have the firepower to win 10 games.

But it always comes down to passers. Wentz was caught trying to be perfect in his first practice, but not so bad that onlookers immediately thought, "Uh oh." The first impression was of an experienced veteran trying to work on loose ends with a new crew. Wentz can work the field, but his quick throws will be a major key to countering pass rushers. If Wentz can keep opponents on their heels by throwing to ends and backs, then the downfield game will flourish, too. And, if Robinson is indeed the bruising inside runner Washington seeks, the Commanders have the needed balance.

Meanwhile, only four months until the first game. 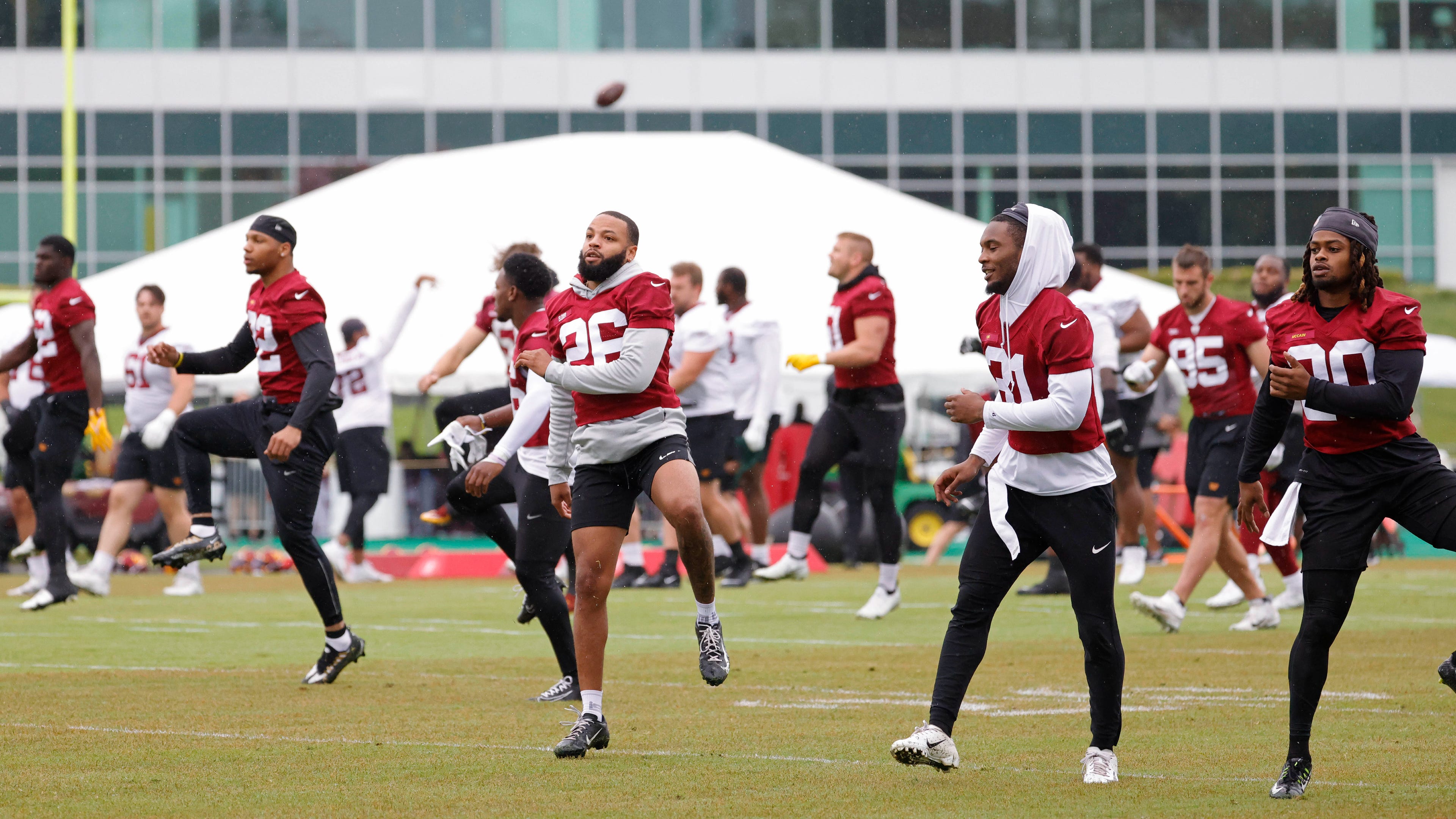 McLaurin, Young, Sweat, Sims all miss start of on-field OTAs
We strive to be a platform where varying opinions may be voiced and heard. The views, thoughts, and opinions expressed by the author(s) of this article and/or by those providing comments are theirs alone, and do not represent those of Audacy, Inc. We are not responsible for any damages or losses arising from this article and/or any comment(s).