The bonding came far from a football field.

Coach Ron Rivera welcomed quarterback Carson Wentz away from the Washington Commanders facility so there would be no distractions. Rivera wanted his message completely understood – welcome.

The destiny of coaches and quarterbacks are intertwined. They will rise or fall together and if Wentz fails in his first season in Washington, it might be the last for both. Rivera wanted Wentz to understand he wasn't some second choice. Unlike spending last season in Indianapolis after five in Philadelphia, Wentz is wanted by this front office and coaches.

It's not always that simple. Indeed, it has been one of Washington's repeated mistakes during the post-Super Bowl maelstrom. Coach Norv Turner didn't want first-rounder Heath Shuler. Marty Schottenheimer disliked Jeff George so much he cut the latter after two games. Steve Spurrier told owner Dan Snyder he could pick first-rounder Patrick Ramsey, but the coach wouldn't play him. Joe Gibbs hurried to replace Jason Campbell. Jay Gruden was forced to take Dwayne Haskins.

These persistent failures doomed the team to a generation of mediocrity. And, if this season doesn't work, Snyder needs to replace both Rivera and Wentz so the new coach can start fresh with the passer of his choice.

So, it's important for Rivera and Wentz to quickly bond. For offensive coordinator Scott Turner to retool the offense to Wentz's strengths. For Washington to re-sign receiver Terry McLaurin to a long-term deal to avoid distractions and spend its first-rounder on receiver Jahan Dotson.

And it's important for Wentz to simply breathe. Go play ball after a year in Indianapolis where the owner villainized him for the Colts missing the playoffs while anonymous sources badmouthed the passer. It's like someone asking about your ex. No one wants to accept blame for a breakup.

"I know a lot of the times the media doesn't really get the full story," defensive tackle Jon Allen said, "only the story that some people portray. I'm not worried about what the media says. I'm worried about what I see with my own eyes. [Wentz has] given me no reason to doubt him at all."

Rivera sees Wentz's confidence, stemming from an offseason throwing to new teammates while learning the playbook. The chemistry showed on a failed deep pass to McLaurin in the opening practice.

"I'm thinking to myself, wow, [Carson] missed it," Rivera said. "But then Terry came over and told him, 'Hey, I came outta that too soon.' . . . You see that they have, they're developing that type of rapport. It's going to be very helpful for each other, for us for that matter."

Wentz smiles freely, soaked in sweat following practice after encountering Washington summertime with its high humidity. He has found a home after a rough few years where the welcome mat is out.

"It builds confidence within myself," he said. "I always think I'm a confident person, but hearing it from somebody else, from the head coach, those types of things definitely just instills that confidence even more to just go out there and don't put pressure, don't put expectations. Just play free, have fun and play free and be you. Just that reminder always from him means a lot." 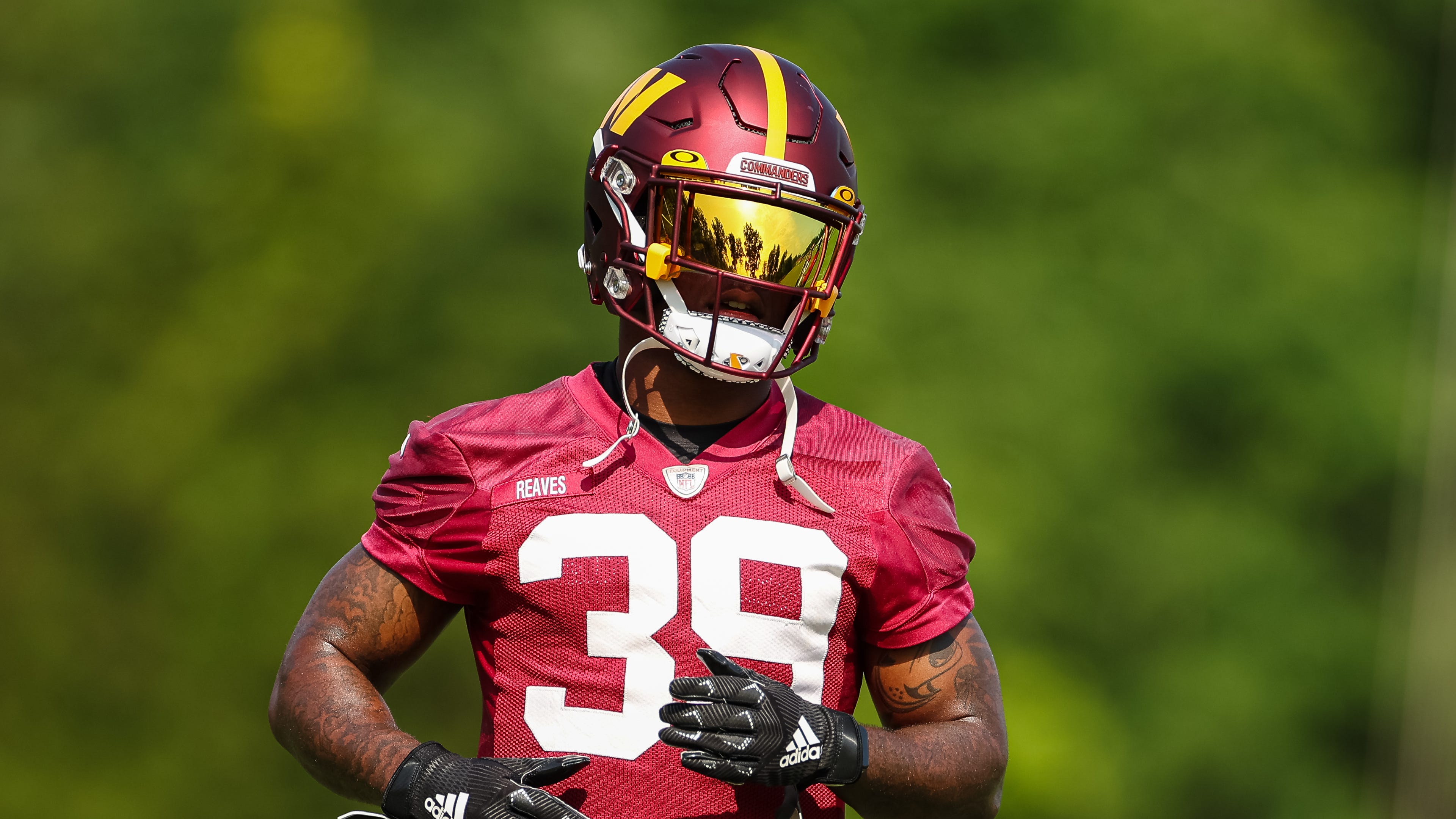 SNIDER: Commanders open to normalcy of practice
We strive to be a platform where varying opinions may be voiced and heard. The views, thoughts, and opinions expressed by the author(s) of this article and/or by those providing comments are theirs alone, and do not represent those of Audacy, Inc. We are not responsible for any damages or losses arising from this article and/or any comment(s).