Daron Payne will earn $20 million next season, just not from the Washington Commanders. It will be a painful decision, but the team's need for overall upgrades can no longer permit heavy investment along the defensive line.

Oh, Washington's defensive line earned its money this season overall, finishing third in yards allowed and 11th versus the run. That Washington was fourth in passing yards allowed speaks more to the line's pressure.

Payne emerged the best of the team's four first-round linemen, his 11½ sacks overshadowing 64 tackles that are never a true barometer of an interior lineman. Alongside Pro Bowler Jon Allen with 65 tackles and 7½ sacks, they were one of the top interior duos leaguewide this season.

And that's why Washington can afford to lose Payne. They'll still have Allen plus ends Montez Sweat (8 sacks) and Chase Young, who managed 5 tackles when returning for the final three games. Figuring Young will finally be healthy next season and injured rookie tackle Phidarian Mathis returns, replacing Payne is a lot easier than a linebacker or cornerback.

The expected salary cap of $220 million per team has Washington with $12 million in free space, 17th overall according to Spotrac.com. But, cut quarterback Carson Wentz's $26 million and suddenly there's money for everybody.

Well, maybe. The team's expected sale over coming months brings several conditions. Will it happen before free agency begins on March 15? What will the new owner want to spend for players after shelling out billions for the franchise? Is this still on current owner Dan Snyder's tab for procuring players?

When quarterback Trent Green was a free agent before the team's 1999 sale, the estate trustees waited until one day before free agency to make a tepid offer. Too late – Green already opted for the St. Louis Rams for one season, then Kansas City where he flourished before finishing his career with Miami and St. Louis. Washington lost nine years with a solid passer because it was too late with an offer.

The Commanders are already working on an offer, said general manager Martin Mayhew, who added it would be "difficult to move on without him" during the team's Tuesday presser. But, that doesn't mean they'll outbid others with Atlanta interested. The Commanders will meet next week to consider their 2023 budget.

Payne could also simply want to play elsewhere. Players don't always just follow the money. Does a contender offer him a chance to be a key piece for a Super Bowl run while Washington continues to wallow in mediocrity?

The Commanders must build their offensive line with Wes Schweitzer and Trai Turner becoming free agents. Quarterback Taylor Heinicke will get a big salary bump even if staying as a reserve. Washington would like to retain free agents like defensive backs Danny Johnson and Jeremy Reaves, linebacker Cole Holcomb and running back Jonathan Williams.

It seems $220 million only covers so much, so Washington must make its choices. Payne will be a tough one. 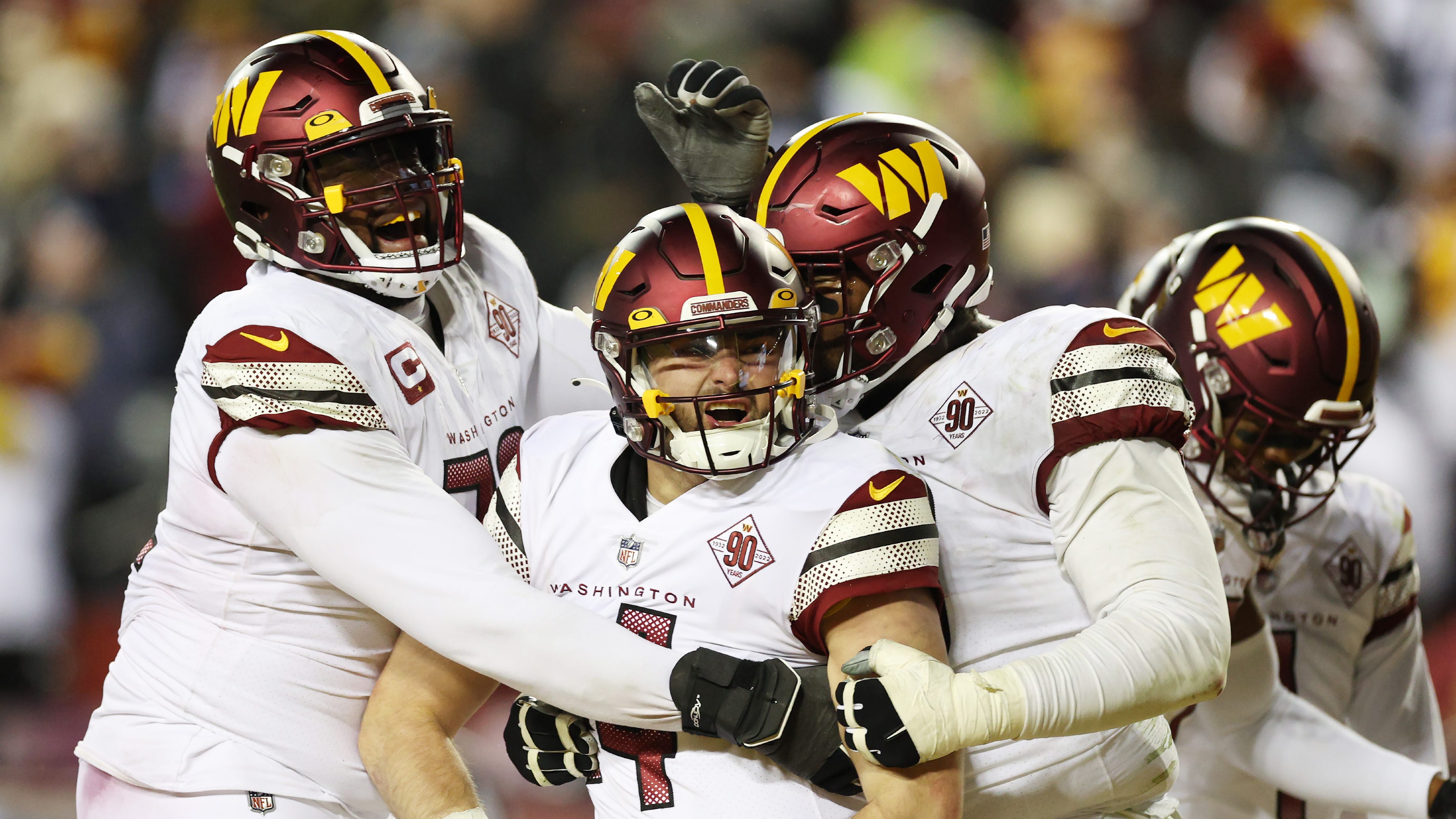 SNIDER: Sam Howell should be '23 starter
We strive to be a platform where varying opinions may be voiced and heard. The views, thoughts, and opinions expressed by the author(s) of this article and/or by those providing comments are theirs alone, and do not represent those of Audacy, Inc. We are not responsible for any damages or losses arising from this article and/or any comment(s).
Featured Image Photo Credit: Bob Levey/Getty Images