Washington Football Team coach Ron Rivera said Alex Smith will start against Detroit on Sunday despite throwing three interceptions in the 23-20 loss to the New York Giants. Though 2-6, Rivera feels Washington still has a chance to win the NFC East so he will play a passer whose future with the team likely ends in January over 2019 first-rounder Dwayne Haskins.

This is such fool’s gold.

Kyle Allen appears lost for the season after suffering an ankle injury in the first quarter against New York. Allen was never considered a long-term starter, but he buffered the Smith-Haskins dilemma.

Smith was a third-string passer entering the season; his guaranteed money the biggest reason for making the team after missing nearly two years after suffering a badly broken leg. But, Smith showed Rivera enough before throwing two killer interceptions on Washington’s final two drives to keep the job. 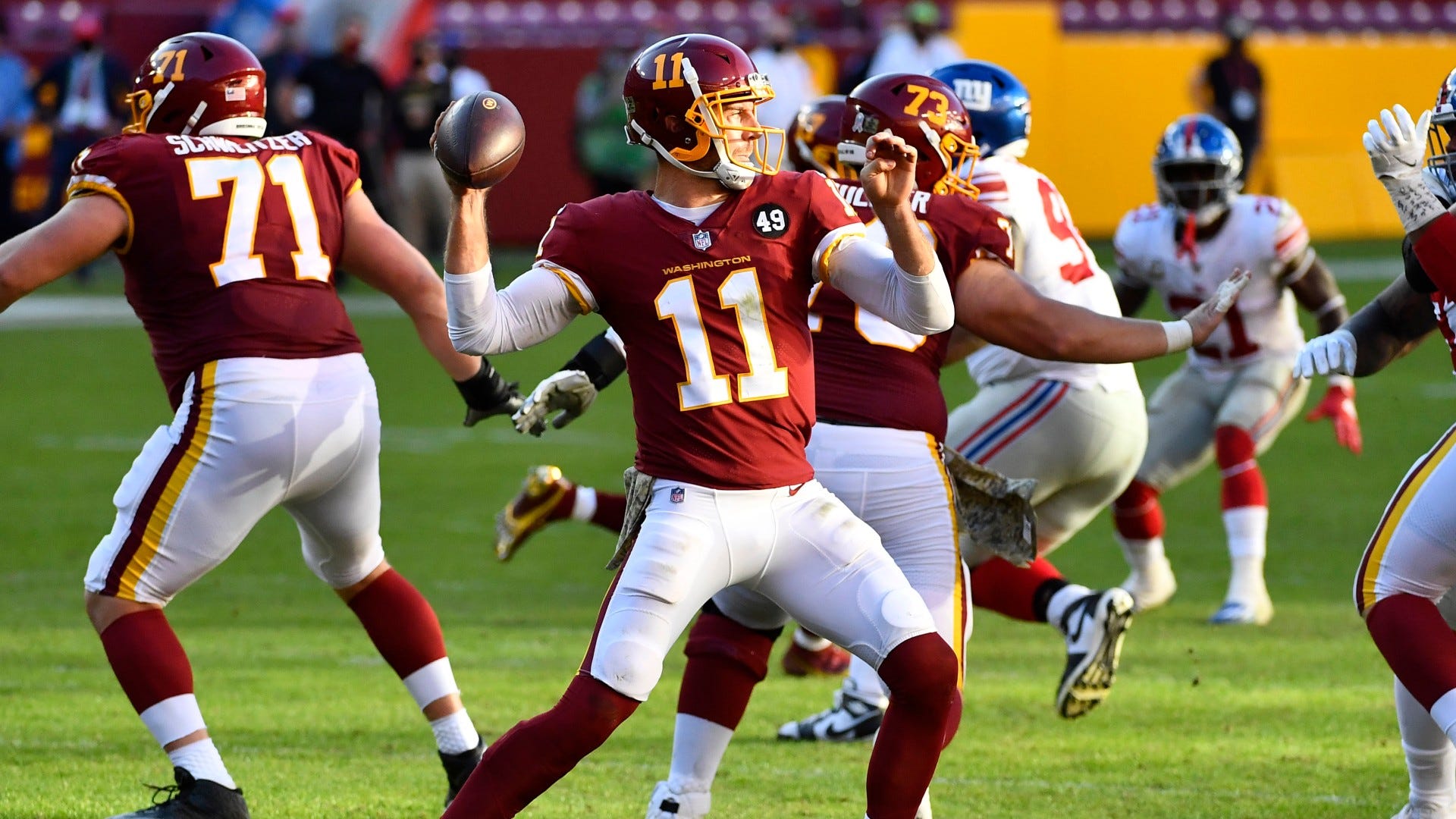 Indeed, Smith completed 24-of-32 passes for 325 yards and one touchdown. Smith also threw several deep balls that seemed impossible when he played briefly last month, showed the improvement he reportedly made in practice.

Rivera loves Smith’s savviness and experience over Haskins’ inconsistency and inexperience. While giving lip service to Haskins still having a future in Washington, keeping him on the bench at 2-6 shows the coach isn’t thinking of anything but today.

And, today will pass into tomorrow and by season’s end, Washington still won’t know what Haskins can do if Smith finishes the season.

Of course, a couple more losses could force Rivera back to Haskins given no postseason chance. Rivera won’t make that change easily, though. After benching Haskins following a 1-3 start, Rivera shows no interest in playing the youngster. If Haskins was demoted to second string, then maybe Rivera still held some faith. But putting Haskins behind Smith and still keeping him there even after Allen’s injury shows Rivera considers the second-year passer just another reserve. 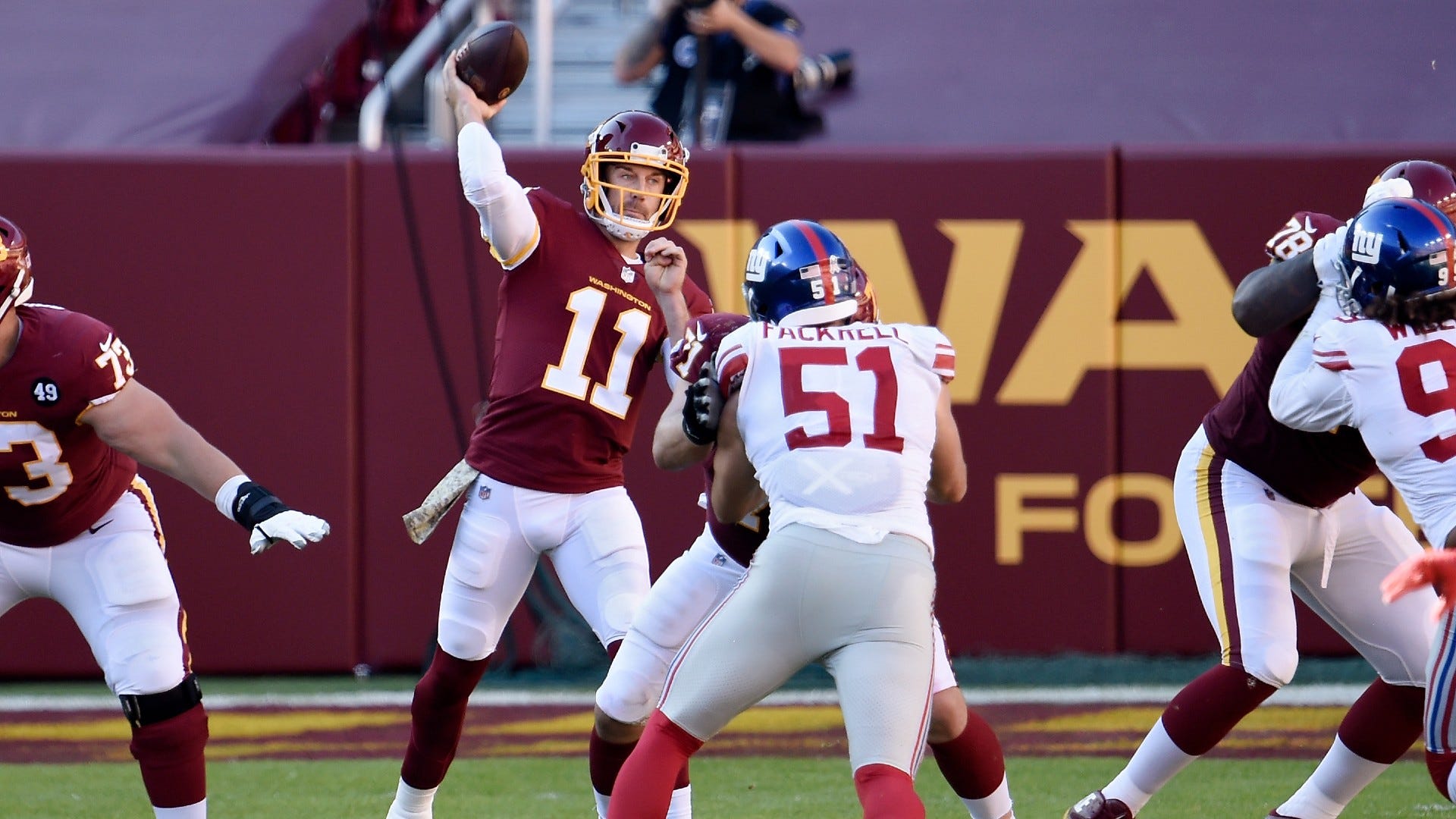 The short-term upside is Smith can win some games. But to what end?

Washington was swept this season by the 2-7 Giants, which means they are 0-7 against the rest of the NFL. The Giants put Washington on its heels from the start and the latter didn’t recover until the second half when the defense held the visitors to just three points while scoring 17 on three straight drives.

Smith was pressing, though. While finding Cam Sims three times for 110 yards and Terry McLaurin seven times for 115 yards and one touchdown, Smith also threw two bad second-half picks. One was under pressure across his body on the run that any veteran knows to chuck into the stands. The second was underthrown to McLaurin to effectively end the game.

For now, Rivera can stay with Smith with some credibility. But, as the season slips away, it will be time to play Haskins or admit next year he will have a new starting quarterback in Washington. One that isn’t on the roster today. 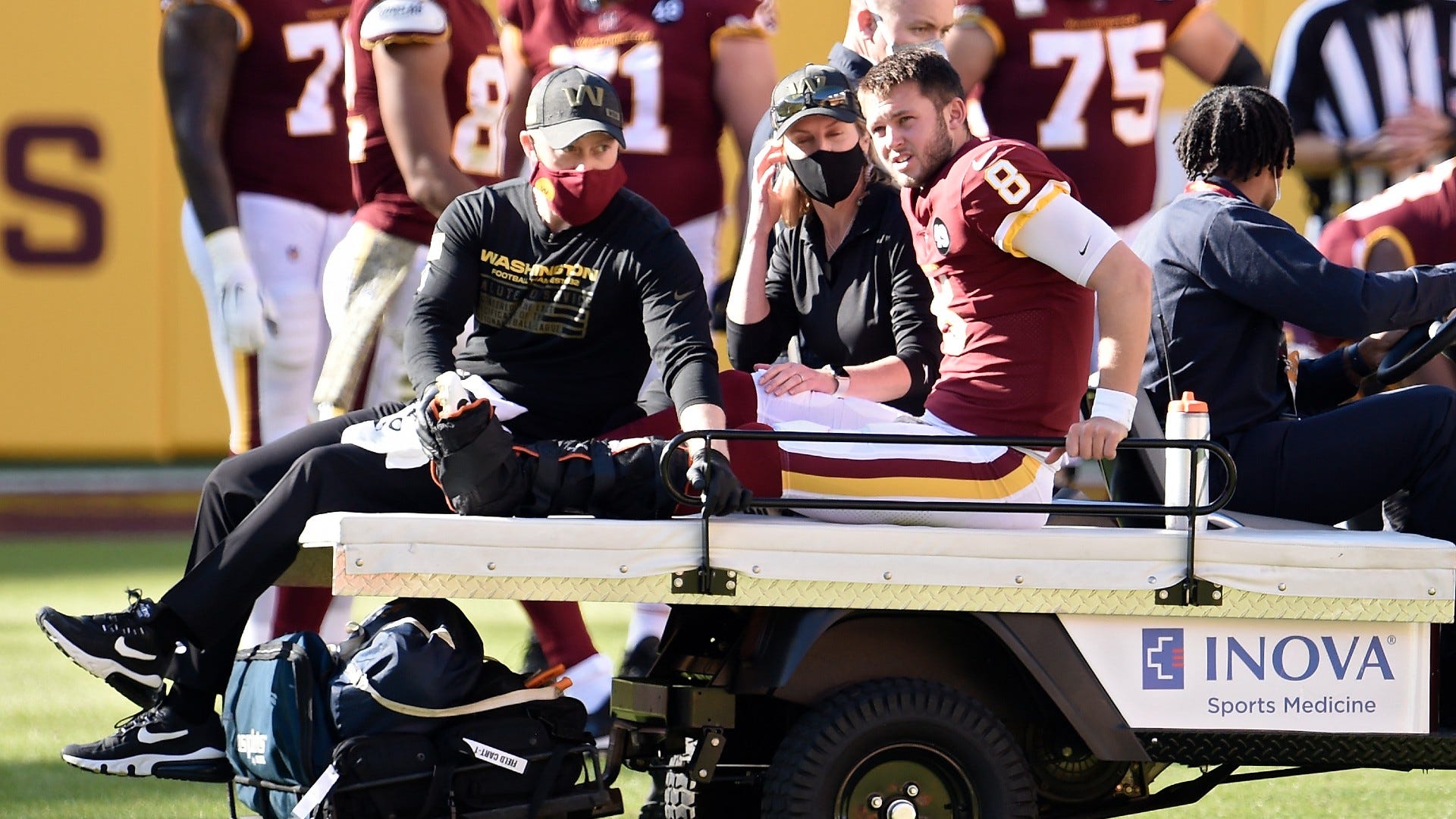 Kyle Allen suffers gruesome leg injury, Alex Smith is Washington QB again
We strive to be a platform where varying opinions may be voiced and heard. The views, thoughts, and opinions expressed by the author(s) of this article and/or by those providing comments are theirs alone, and do not represent those of Audacy, Inc. We are not responsible for any damages or losses arising from this article and/or any comment(s).