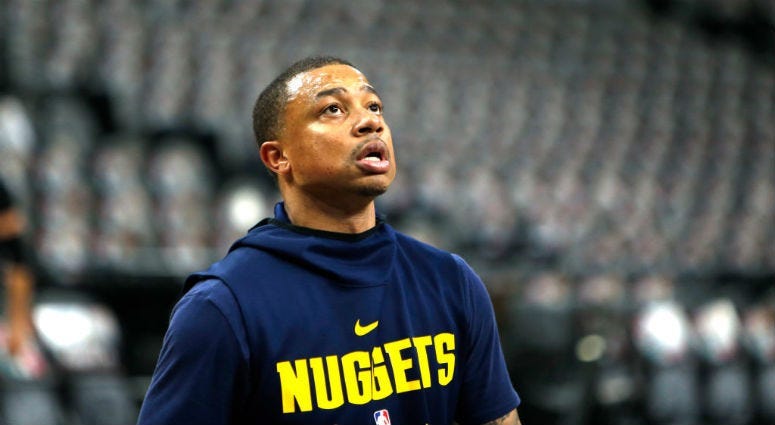 Wizards interim general manager Tommy Sheppard is quickly showing the right chops for the job.
Former GM Ernie Grunfeld would have let the roster continue to crumble with stopgap players and bad deals. Sheppard is showing aces in his cuffs as a riverboat gambler determined to grab the pot.
After a decent draft that netted forward Rui Hachimura, who should be interesting if nothing else, Sheppard has been remaking a roster that is basically Bradley Beal and everyone else. Oh, the Wizards will stink with John Wall expected to miss the season with a ruptured Achilles tendon, but Sheppard’s determined to earn a long-term contract himself by meshing a roster of defensive players, respectable veterans and prospects.
First, trading Dwight Howard for anything was a bonus. CJ Miles is an ancient mariner looking for a new team every year at age 32, but he’s a quality reserve whereas Howard played nine games last year as another ugly Grunfeld signing.
Trading Tomas Satoransky to Chicago for future considerations rids Washington of another ugly Grunfeld pick. Satoransky has skills, but it just didn’t work out here. Getting Jemerrio Jones from the Lakers is an interesting deal. The rookie grabbed 16 rebounds against Utah last season. The same deal brought Moritz Wagner and Isaac Bonga while the Wizards only sent cash for three reserves. Wagner was a first-round bust for the Lakers last season, but he doesn’t really cost the Wizards anything. Bonga was even worse as a 76ers first-rounder sent to the Lakers.
Getting Davis Bertans, a reliable three-point shooter, for 2015 second-rounder Aaron White, who has never played for the Wizards, was a steal, too. White was another of Grunfeld’s developmental players who never developed.
Isaiah Thomas has been hampered by hip problems the last two years after finishing fifth in NBA Most Valuable Player voting in 2016. If healthy, he’s a good fit alongside Beal while Wall recovers. Signing Ish Smith and bringing back Thomas Bryant improves the depth.
The point is, Sheppard is trying and getting players coach Scott Brooks can work with versus Grunfeld shopping on his own and telling the coach to figure it out. There’s a big difference.
Washington is not a playoff contender as the NBA offseason continues shifting power among other franchises. But they should be much more watchable. Sheppard has done a good job so far. Maybe good enough owner Ted Leonsis to think of making Sheppard the permanent GM.
Rick Snider has covered Washington sports since 1978. Follow him on Twitter: @Snide_Remarks.