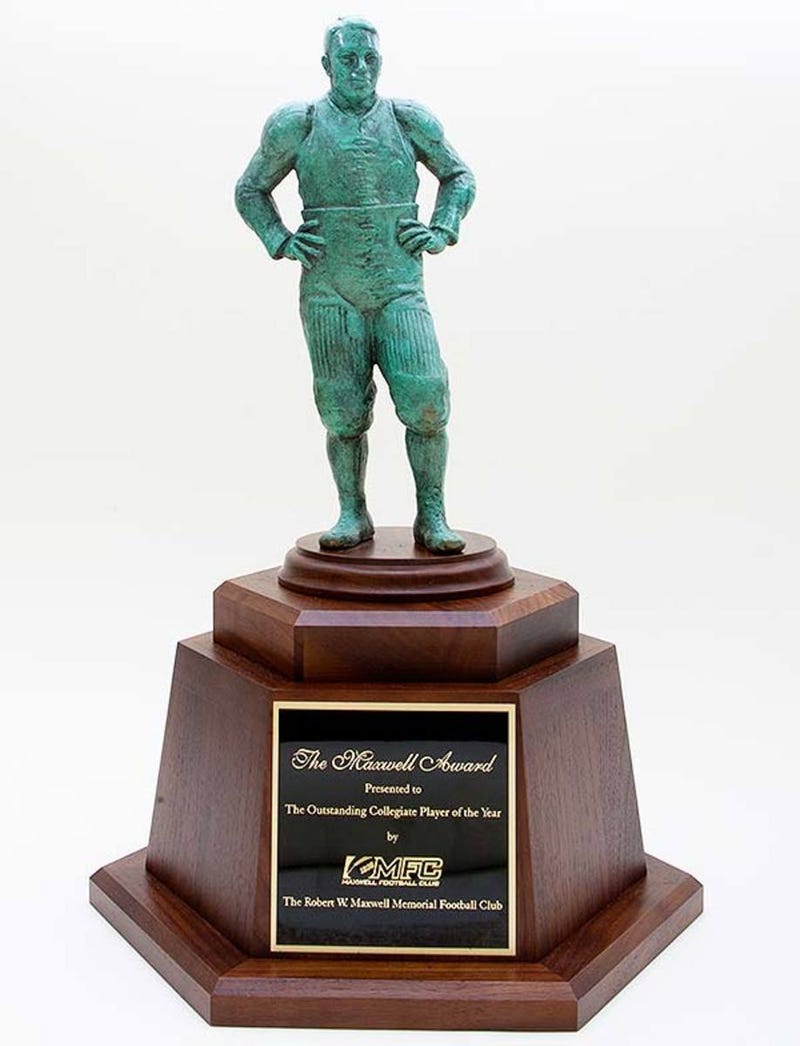 Alabama QB Bryce Young won the award in 2021. The Maxwell Award has been around since 1937. McCall was a semifinalist for the award last year and is back to lead the Coastal Carolina offense.

Shipley had a strong freshman campaign for the Tigers, despite battling injuries last season. He had 3 games with over 100 rushing yards, 5 with 80 or more yards on the ground, 4 games with more than one rushing TD and averaged 5 yards per carry.

Rattler joins the Gamecock program after going 15-2 in 17 starts at Oklahoma over the last three seasons. He completed 70% of his passes and threw for at least one TD in 16 of his 17 starts as a Sooner.

The finalists for the Maxwell Award will be announced November 22nd, with the winner to be named December 8th.