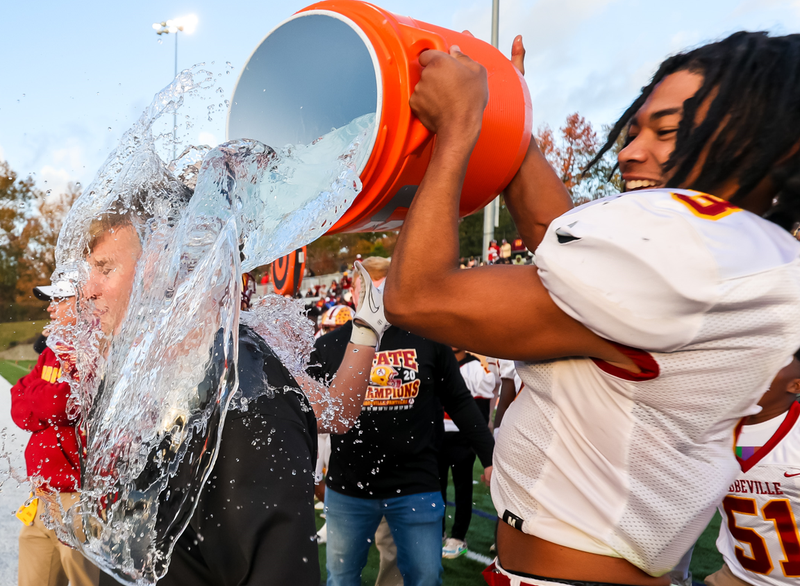 Abbeville has been a power at the 2A level for some time, after getting bounced from the playoffs in 2021, they were able to run the postseason table and bring the State Title back to the 'Ville. The Panthers downed Oceanside Collegiate 35-20 Friday Afternoon at Benedict College. The win gives them their 3rd State Title in 5 years and their 8th since 2010.

Coach Jamie Nickles has been at the helm at Abbeville for all 8 of those State Titles in the last 13 seasons. With the win Friday, he moves into 3rd all time for State Titles by a coach in the state. Nickles now sits behind legends Willie Varner from Woodruff and John McKissick from Summerville. The Abbeville program now has 12 total State Titles, which puts them in a tie with Summerville for 2nd most in state history. Gaffney is at the top of the list with 17.

The Panthers were up 21-0 at the half, Oceanside was able to mount a come back. However, Abbeville held off the come back effort to win 35-20. The Panthers only completed 2 passes in the game, but their run game was dominant rushing over 275 yards. The win also means that Abbeville knocked off the state's #1 recruit for this year's class, Monroe Freeling. He's a 4 star Offensive Tackle, headed to play for Kirby Smart at Georgia.

As I often say, they do two things in Abbeville and they are great at both, 1. Play Football and 2. Deer Hunt. That proved itself out, as Abbeville was able to claim the "Big Gold Trophy".