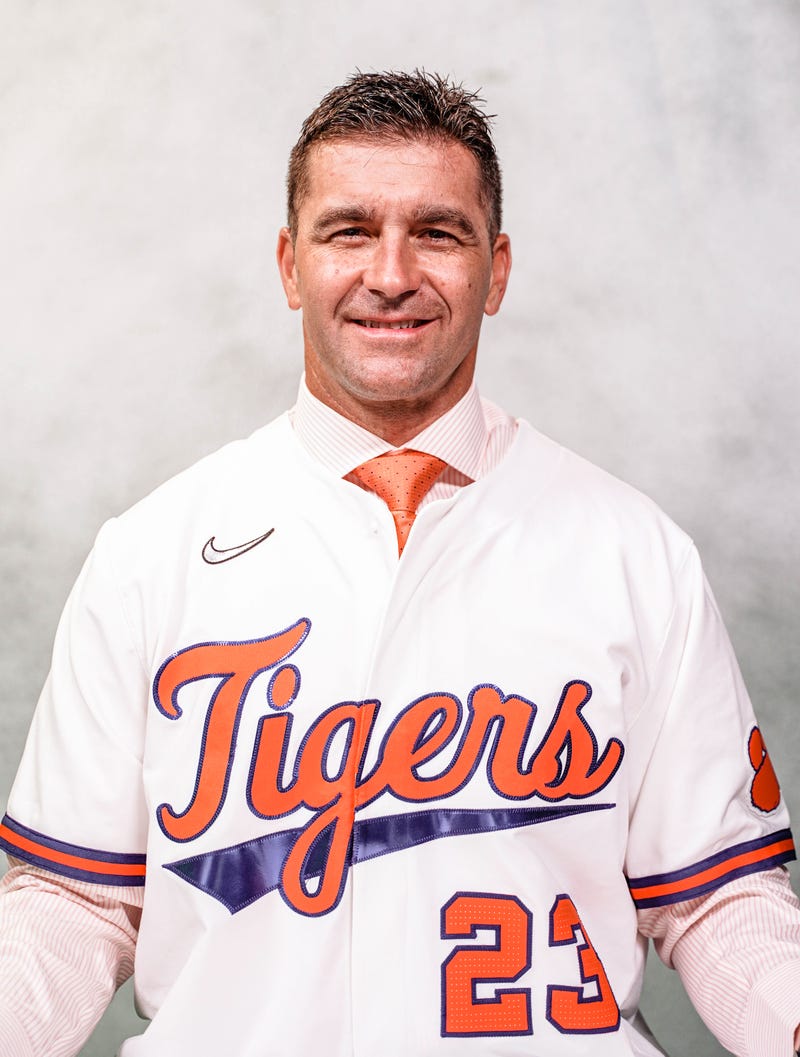 A college baseball program in the Upstate has a new leader at the helm. The Clemson Athletic Department has announced the hiring of Erik Bakich as Head Baseball Coach. Clemson's Board Of Trustees has voted to officially approve the hire.

Bakich has served as Head Coach at Michigan for the past 10 seasons. Prior to that, he was the head man at Maryland for three years. Bakich is no stranger to Tiger Town, as he served as a Volunteer Assistant at Clemson under former Head Coach Jack Leggett in 2002. He left that post to become an Assistant to former Clemson Assistant Tim Corbin at Vanderblt.

In his time in Ann Arbor, Bakich vastly improved the Michigan program, leading them to the NCAA Tournament 5 times in the last 7 seasons. In 2019, he was named National Coach Of The Year after the program posted 50 wins. Bakich led Michigan to Big Ten Conference Titles in 2015 and again this past season. He takes over Coach Monte Lee, after Clemson fired him when the program failed to live up to traditional expectations.