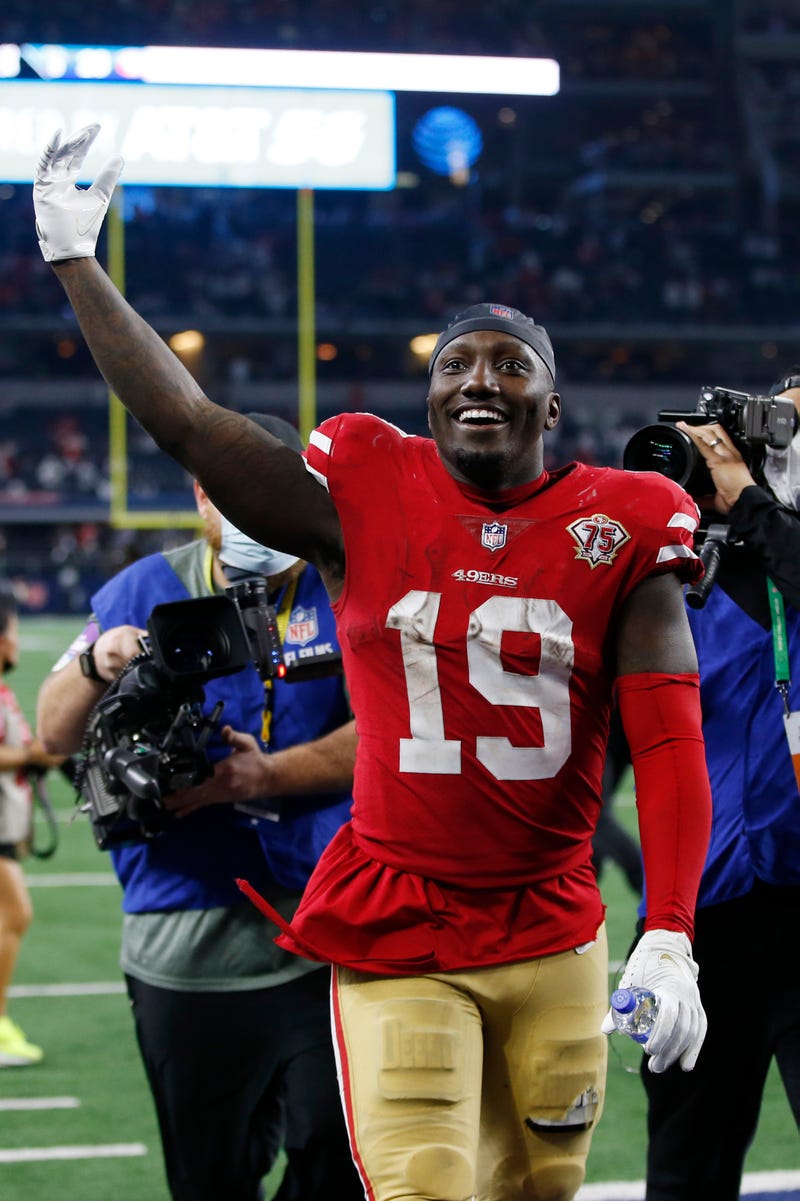 It was a wild finish on Sunday in the "Big D", as the 49ers knocked off the homestanding Dallas Cowboys. The 49ers controlled the majority of the game, but a late Dallas push made it compelling down the stretch. It's probably forgotten by many modern fans, but San Francisco and Dallas was the premiere NFC rivalry in the 90's. Each team had to go through each other to get to the Super Bowl, in fact the two teams won 4 World Championships in a row from the early to mid 90's.

Sunday proved to be another chapter in the rivalry's storied history. The 49ers never trailed in the game Sunday. They built a 10-0 lead after the 1st and led 17-6 at the half. San Fran scored in the 3rd and had a commanding 23-7 lead after three. Dallas would make a late push scoring 10 in the final frame.

The 49ers had a chance to ice the game by picking up a first down. They went for it on 4th and inches in Dallas territory and would've gotten the 1st down on a QB sneak, but a 49er offensive lineman was flagged for false start. That forced a punt and Dallas got the ball back for one final drive. The Cowboys marched down the field in the final minute. However, with no timeouts in 49er territory, QB Dak Prescott ran for a 1st down and slid. Before the Cowboys could line up and snap the ball, the clock ran out on their playoff hopes.

Afterwards, both Dak Prescott and Coach Mike McCarthy complained about the ref getting in the way of their final snap attempt. The ref must set the ball before it can be spiked, in a haste Prescott did bump into the ref. Prescott says that bump kept him from getting the snap off.

While the finish may have been controversial to some, there's no doubt the 49ers had a game plan coming in. San Fran did a nice job of executing, specifically with the run game. The 49ers outgained Dallas 169-77 on the ground, part of that was Dallas only ran Zeke Elliott 12 times on the day. Upstate and former Gamecock standout Deebo Samuel was big for the 49ers, he ran for 72 yards and a TD on 10 carries. Samuel also had 3 catches for 38 yards. Backfield mate Eli Mitchell went for 96 yards on 27 carries and found pay dirt once.

Neither QB was specifically good in the game. 49er QB, Jimmy Garoppolo was 16 of 25 for 172 yards and a pick. Dak Prescott was 23 of 43 for 254 yards with a TD and a pick. The question that still remains for Dallas, "Can Prescott lead them to Super Bowl contention"? They have made a significant financial investment that would suggest they think he can. The Super Bowl Title drought continues in Dallas, it has now been nearly 27 years since the Cowboys last appearance in the big game.