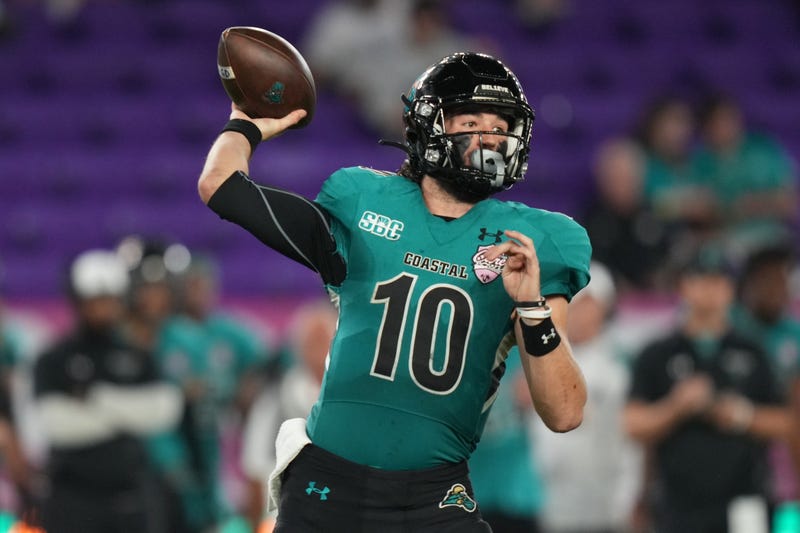 A low country college quarterback has inked a deal to promote a Palmetto State raceway. Lee Rogers has more on that story. Coastal Carolina quarterback Grayson McCall has signed an NIL deal with Darlington Raceway.

The track said Wednesday McCall would promote this year's upcoming Southern 500 and its races next season. Darlington officials said they're the first NASCAR track to partner with a college athlete since players were allowed to profit off their name, image and likeness.

McCall is a junior for the Chanticleers who set an NCAA record in passing efficiency rating, surpassing the mark held by former Alabama QB Mac Jones. Coastal Carolina is about an hour's drive from the NASCAR track.