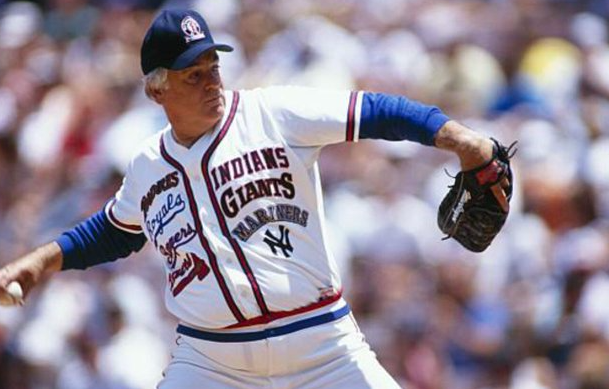 He pitched for 8 different Major League teams including the Atlanta Braves and was a 5 time All-Star. Perry won over 300 games during a career that spanned over 2 decades in the big leagues.

After retiring, he helped start the baseball program at Gaffney's Limestone College and coached the team in 1987. He was enshrined in the Baseball Hall Of Fame in 1991. Perry died at the age of 84.