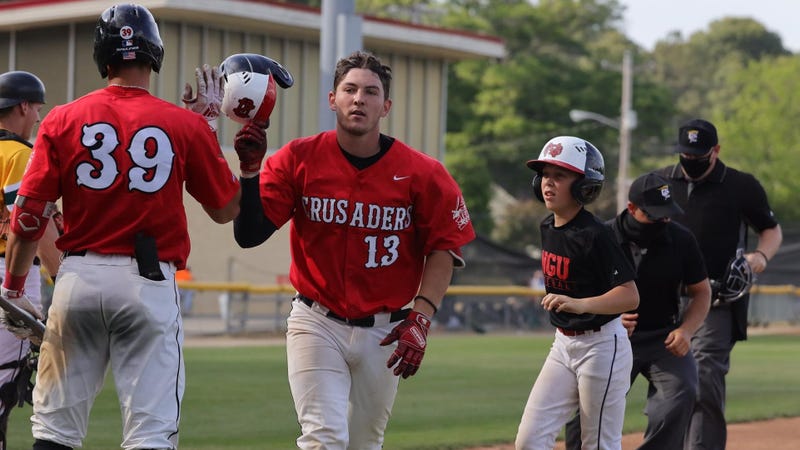 An Upstate college baseball team is set to play for the program's 1st ever National Title. The North Greenville Crusaders clinched their spot in the championship round with their 2nd win over West Chester this week. NGU got an 8-5 win Thursday night after scoring 7 runs in the first 4 innings.

The Crusaders struck first on a grand slam homerun in the 3rd from 3rd Baseman Pat Monteith. They then platted three more in the 4th. West Chester got on the board with one in the bottom half of the 4th. They then rallied with three in the 5th and one in the 8th, but tat would be as close as they would come.

2nd Baseman Gehrig Octavio drove in two, LF Ethan Stringer scored twice and Catcher Jax Cash had two hits for the Crusaders. NGU is unbeaten in the D-II College World Series and is now just one win away from the program's 1st ever National Title. They play tonight (Friday) at 7 PM in Cary, North Carolina.