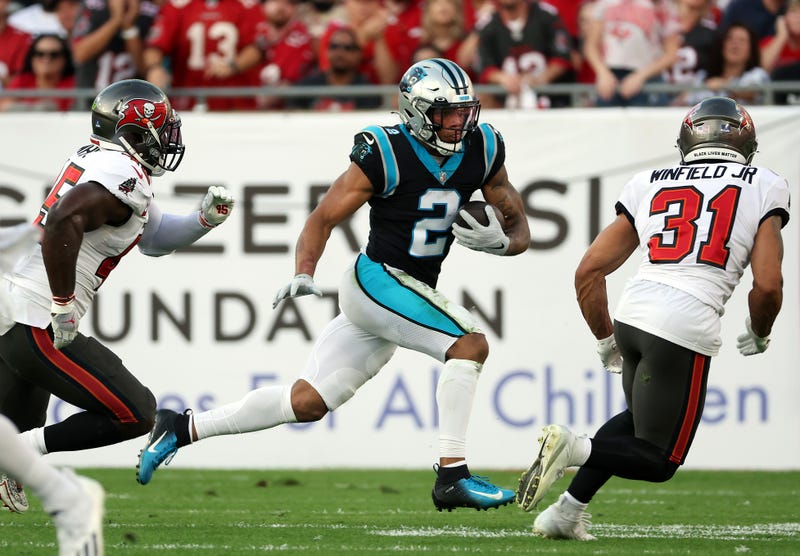 The last few weeks have been very busy for the Carolina Panthers.

The team went all in for QB Deshaun Watson, hoping to lure the former Clemson player back to the Carolinas. It fell flat, as reports started breaking this weekend that Carolina was out of the running.

Just before that push, dirt sheets said that Carolina had spoken with the New England Patriots about a potential trade for WR Robby Anderson, who has been consistent the last few years, who followed a 1,096 yard 2020 campaign by catching fewer than 520 last season.

While rest may not come easy for Panthers fans, at least one thing deep breath can be taken. Whoever the QB is for the Panther this year will have one of the most consistent pass catchers in the league running routes, as the Panthers locked up #1 WR DJ Moore on a three year, $61.9M dollar extension, according to ESPN's Adam Schefter. Moore was responsible for over 1,100 yards of receiving offense and four touchdowns last year.

After Watson spurned Carolina, it's unclear who will be throwing to Moore, though the Panthers have not been reported in talks for any other QB, nor a reunion with Cam Newton, so Sam Darnold may make his return.

ESPN Upstate will update this story with more information when it becomes available.