When he was the quarterback in Washington, Alex Smith did not make many waves with public comments. The veteran quarterback was professional and team-orientated and never said much of anything that raised any eyebrows.

That has changed since his time in Washington concluded and continued after he retired from football following the 2020 season, including an interview with GQ about Washington not wanting him to return after his injury, calling the organization's treatment of him "patronizing," and said fans who chanted the former team's name sounded "racist." And that has continued in his role as an NFL analyst with ESPN: he said "turmoil" around the organization impacts the team's play and recently admitted to hiding concussion symptoms to continue playing.

On Monday after Commanders head coach Ron Rivera singled out "quarterback" Carson Wentz as a reason Washington had fallen so far behind its NFC East foes since Smith quarterbacked them to a division title a few seasons back, there was more from the former NFL QB.

“I'm not gonna lie I had a really hard time watching that. When I heard it, I couldn’t believe it," Smith said of Rivera's comments.

"I’m not here to defend Carson Wentz, he's had, you know, a tumultuous career, and ups and downs," he said. "But this is a defensive head coach that is absolutely driving the bus over his quarterback."

“I couldn’t believe it… this is a defensive Head Coach that is absolutely driving the bus over his quarterback” pic.twitter.com/2VPnqYAFOK

Rivera also said today he has "no regrets" about trading for Wentz and that he believes "we have a guy that we think we have a chance to build around," but the quarterback comment drowned out everything else.

Smith then read some stats about the Commanders' QB and Washington's defense: "Carson Wentz is fourth in the NFL in passing. The only guys ahead of him are Josh Allen, Justin Herbert, and Tom Brady. This is a defense that is 26th in the NFL in scoring, giving up points. Oh, and they're also 28th in rushing offense.

"The blame has got to be spread around, this is a team sport, it is the ultimate team sport, how a head coach can stand up there in front of the media and [utter] one word and it's 'quarterback'...," Smith said, trailing off and shaking his head. 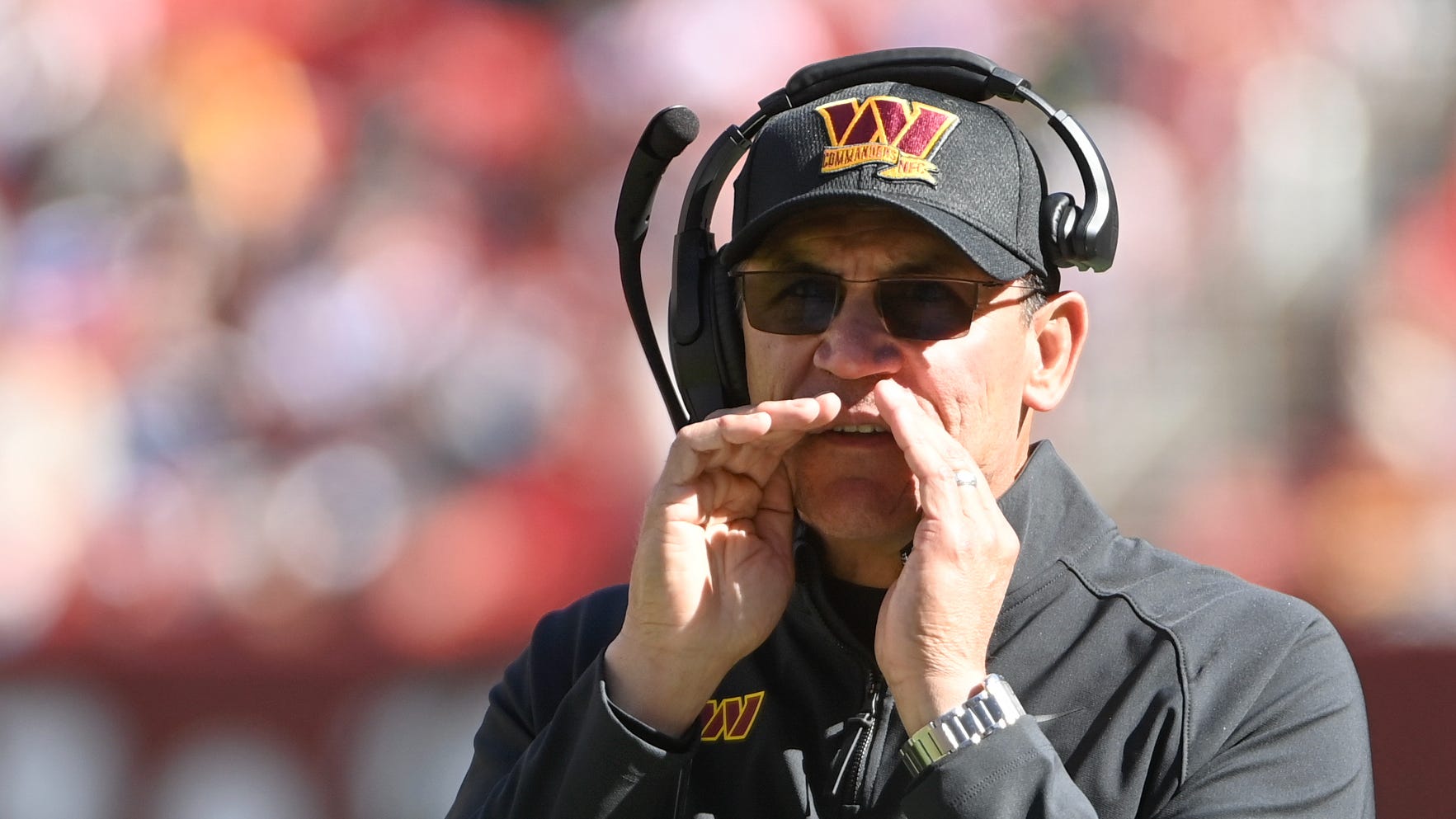 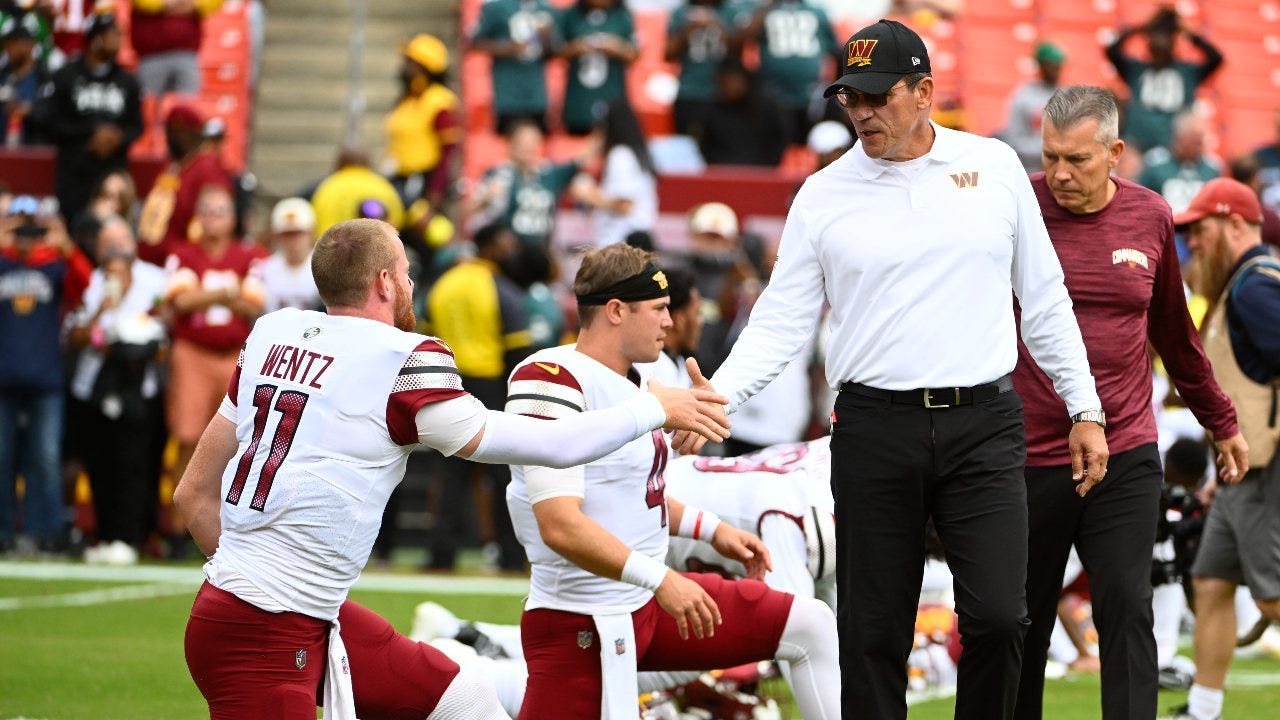 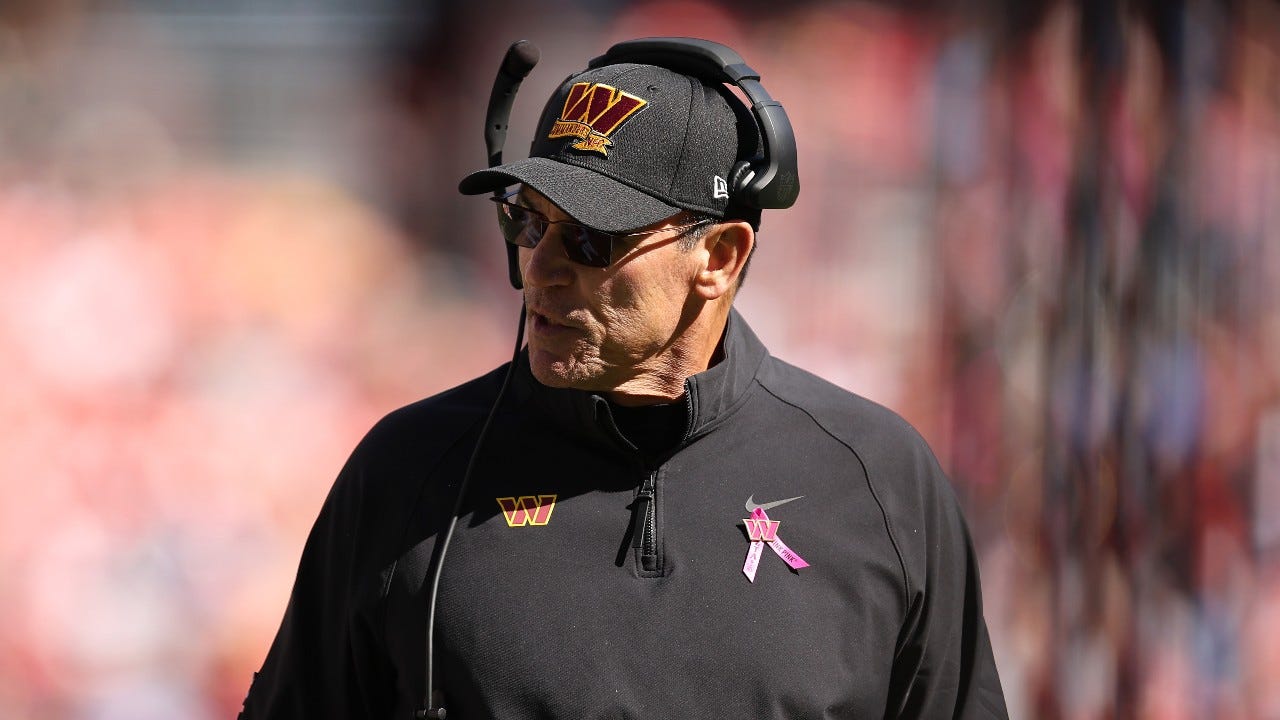